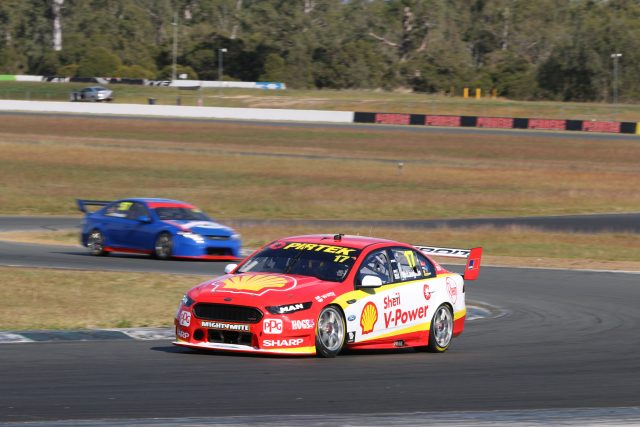 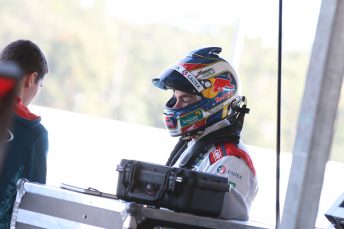 Supercars teams ploughed through extensive programs in search of valuable improvements during scheduled test days at Queensland Raceway and Winton.

The test has been labelled as a critical day for the championship front runners with new developments set to determine the next phase of the series.

Despite losing time to a driveline vibration on Scott McLaughlin’s #17 Falcon, DJR Team Penske were left encouraged by the running completed.

The championship leaders trialled new parts while assessing the potential of recent developments to its Shell backed Fords for McLaughlin and series leader Fabian Coulthard.

Co-driver Tony D’Alberto also enjoyed a run out in the #12 Falcon. 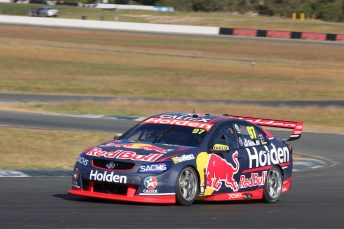 “It was very positive the two cars ran nearly faultlessly, we had a couple of issues trying to recycle some old parts on the #17,” competition director Ludo Lacroix told Speedcafe.com.

“After that, the cars were really good and strong.

“It was about the developments on the car as this is the only day we have in the year to do this because the last day of testing is about getting the enduro drivers ready.

“We had new parts to try and so far I’m very happy with what we put on the car.

“It didn’t have any faults but only time will tell if it is quicker.”

The trio enjoyed spells in each of the chassis as the team worked on radical set-up changes while trialling new components.

Matt Campbell also logged his first laps in the #97 Commodore he will share with van Gisbergen for the Pirtek Enduro Cup.

“It was a good test, we had no car problems and we got plenty done,” team owner Roland Dane told Speedcafe.com.

“We achieved a lot in terms of what we came here to do and now we will see if it translates into performance. 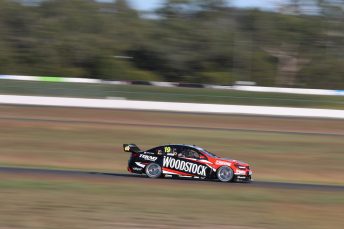 “When we are diverging away from a baseline (set-up) having drivers swap between the cars makes sense.

“We are happy with it, but the proof of the pudding is what happens over the course of the year.”

The squad also gave handful of laps to team owner Jonathon Webb as he begun preparations for the upcoming Pirtek Enduro Cup campaign.

The opportunity saw Webb, who has been suffering from a virus, cut his first Supercar laps since last year’s enduros.

However, once a dry line appeared all three squads recorded valuable laps at the rural Victorian circuit. 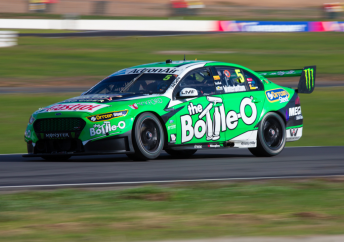 The quartet were joined by three quarters of the squad’s enduro cup line up with Waters’ co-driver Richie Stanaway the only absentee from the test.

It was also the first time reigning Dunlop Super2 winner Garry Jacobson worked with Bright, as he cut laps in the #56 Falcon.

The session was briefly red flagged when Winterbottom suffered an engine failure which forced the #5 Falcon onto the sidelines for two hours, while an engine change was completed.

Despite the issue, team boss Tim Edwards declared himself happy with the progress made.

“It went to plan although we didn’t quite get everything on the list ticked off,” Edwards told Speedcafe.com.

“The guys are all pretty happy with the programs they got through.

“The drivers all seem to be pretty positive but we will have to go back and analyse all the data and decide what we go forward with and what we don’t.” 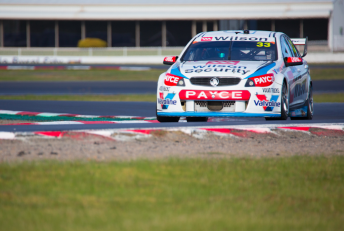 Garry Rogers Motorsport left Winton happy after its first real test with the newly built Commodores for the 2017 season.

Drivers Garth Tander and James Moffat were joined by enduro driver James Golding, who recorded laps in three GRM chassis which were in action.

“It was bit wet in the morning and took a while to dry out but we pretty much got through everything,” Tander told Speedcafe.com.

“We got all the big ticket items down which was important for us.

“I think we improved the car during the day but by how much I’m not sure.”