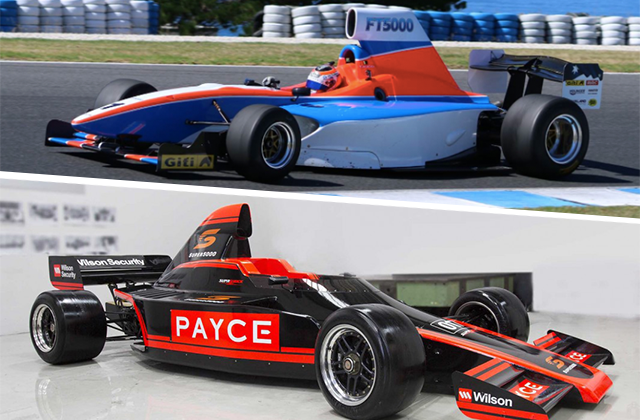 The Australian motorsport landscape is set for another conflict with two home grown Formula 5000 series vying for a place in the market.

Both concepts have created bespoke race cars with the aim of creating a modern take on the popular Formula 5000 single seater category of the 1970s.

Significant personal investment has been utilised to create the Formula Thunder 5000 race car, which utilises a Swift-designed, Australian-built evolution of a chassis originally created for Formula Nippon.

The car, powered by a locally developed five litre Ford Coyote based V8 engine, has undergone extensive testing and aims to attract 12 orders to conduct a series.

However, this project now faces competition from a Supercars backed version, which Lambden claims is a ‘copycat series’ that threats his own project.

Supercars first tabled its concept for its own Formula 5000 support category when addressing teams during a meeting to discuss the future vision for the sport at the Townsville 400 last season.

The project, which aims to use current Supercar engines and running gear, failed to garner support from teams at the time.

Brian Boyd, the man behind PAYCE Consolidated property developers, has funded the development of the Super5000 single seater, which has been designed and built in South Australia by Oscar Fiorinotto’s Supashock Racing Engineering.

While Supercars has distanced itself from the funding of the project, the category holds the IP and the rights to run a series.

It remains to be seen where these categories fit in the Australian motorsport as open wheel racing outside of Formula Ford has struggled for numbers.

Realistically only one stands a chance of survival in the current climate.

Which category will you support, Formula Thunder 5000 or Super5000?