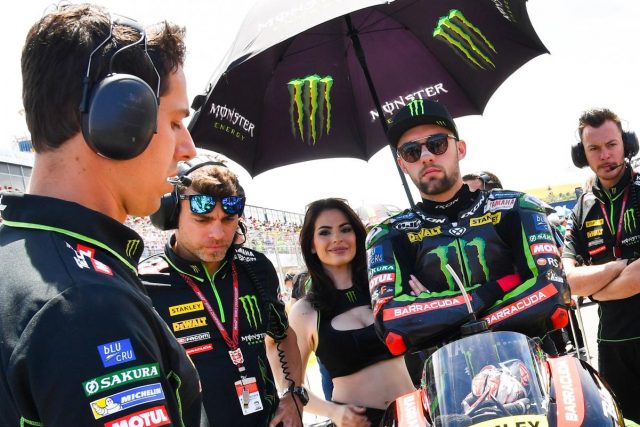 Jonas Folger has signed on for a second season with the Tech 3 Yamaha MotoGP team.

Folger joined the satellite team this season after three years in Moto2, and has been the only rider to score points in each of the five races thus far.

While the German’s team-mate Johann Zarco has already led a race and scored a podium (last time out in France), Folger also sits in the top 10 in the championship (ninth), comfortably ahead of the other two rookies.

The currently injured Alex Rins runs 20th in the world standing for Suzuki having not started a race since Round 2 in Argentina, while Sam Lowes is 23rd for the struggling Gresini Aprilia team.

“I am really happy about continuing with Hervé (Poncharal, team principal) and the awesome Monster Yamaha Tech3 team for 2018,” said the 23-year-old Folger.

“So far this year, I am very pleased with the performances that we have produced, including the pre-season tests, but there is much more to come from me.

“For the rest of 2017 as well as next year, I believe that we can carry on progressing and making solid strides forward.”

The signing is Poncharal’s second in a fortnight, matching the one-year extension granted to Zarco.

“I am delighted to retain Jonas and he has been doing a great job on the Yamaha so far,” said Poncharal.

“He has finished all five races in the points, and only once outside of the top 10.

“For sure, everyone is very impressed with his team-mate Johann and there may be a bit more attention on him, but we cannot forget that Jonas is doing a superb job as a rookie.

“Our German rider is fast, safe, is keen to learn and I know his potential and I am very confident that he can achieve what we are all expecting.”

Round 6 of the season, the Italian Grand Prix, begins tomorrow.