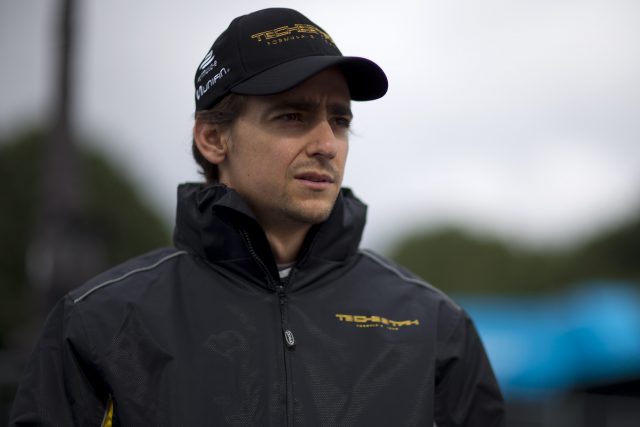 Esteban Gutierrez has emerged among a group of contenders to replace the injured Sebastien Bourdais at the Dale Coyne Racing IndyCar team.

The former F1 and current Techeetah Formula E driver has joined Australia’s James Davison and Oriol Servia as candidates to replace Bourdais, who has been sidelined for several months after a heavy crash in qualifying for the Indianapolis 500.

Davison was selected to stand in for the Frenchman at last weekend’s race IndyCar showpiece, but a decision is yet to be made as to who will take over the #18 car for the remaining rounds of the season.

Coyne told Autosport that ex-Sauber F1 driver Gutierrez is “high up our list” of potential replacements that the team is hoping to get in place to race in Detroit this weekend.

But he added that the Mexican’s Formula E commitments may yet cause problems in negotiations.

It has also been confirmed that Tony Kanaan will replace Bourdais in the factory #68 Ford GT at the Le Mans 24 Hours later this month.

“I think if we do the deal and put Esteban in, it may take him until the Road America race (June 25) to really find his feet, because he’s not used to these cars.

“European street courses are as smooth as Watkins Glen, and Detroit is just a little bit more bumpy than that! It’ll be a very steep learning curve for him this weekend (if he is signed).

“But he seems talented and eager to learn, and crucially we get a chance to test at Road America for a day, before we race there.

“I hope it works out, because whoever we put in the #18 car, we want to keep until Sebastien comes back.”

Asked if any deal with Gutierrez would include ovals, Coyne replied: “Yeah, ideally, but at the very least we’d do a split season with one guy for all the road and street courses and one guy on all the ovals.”

Formula E has three date clashes with IndyCar as its Berlin round takes place at the same weekend as Texas, and the electric series’ New York and Montreal events clash with Toronto and Mid-Ohio, and that issue remains one of the sticking points in the negotiations.

“Yeah, that’s why the deal isn’t done yet, and that’s why we still have several options we’re looking at,” said Coyne.

“James Davison is still in the mix, and if we do have to do a split strategy regarding drivers, we’d probably go for Servia on ovals.

“We want to keep up our momentum.

“We had two cars capable of winning the Indy 500, and if Ed (Jones) hadn’t lost his nosecone, I think he could have won.

“So we’ve had about 30 phone calls because people can see we’ve really stepped it up this year.”