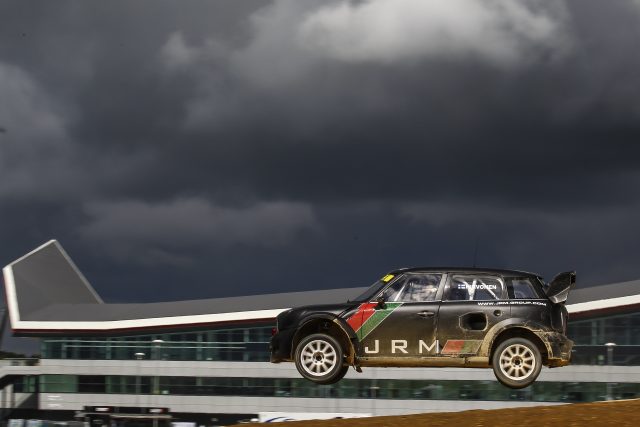 Silverstone has revealed its new rallycross circuit that will host the World Rallycross Championship in 2018.

The kilometre-long layout, based around the British Grand Prix venue’s Stowe circuit, was unveiled at an event on Tuesday, with several of the series’ star names in attendance to try it for the first time. Championship organisers announced earlier this year that Silverstone has secured the British round of the championship next year, taking over from the brith place of rallycross Lydden Hill.

“It’s good. I like it. The jump’s going to be a really big one,” said two-time World Rallycross Champion Solberg of the new Silverstone circuit.

“The one thing they’re missing is a long, long corner on the gravel.

“We have 600bhp with these cars and we need to see that power being used.

“There’s also a lot of gravel here, but I like that – we’ve got plenty of circuits already with maybe too much asphalt.”