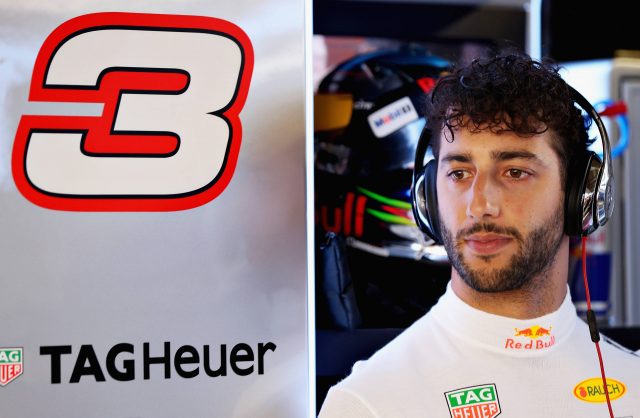 Daniel Ricciardo cut a frustrated figure after a ‘stupid, silly error’ from his Red Bull team cost him a shot at pole position for today’s Monaco Grand Prix.

The Australian, who took pole for the race last year, was hopeful that Red Bull could fight Ferrari and Mercedes in qualifying, but was left to settle for fifth place after being released from the pits into traffic when it counted in Q3.

“We knew we needed to go hard on the out-laps, to get a clear lap out of the pits to warm the tyres up,” said Ricciardo.

“We came out in traffic, basically. I couldn’t push on the out-lap on the last run.

“It seemed like we had 20 seconds to Perez behind me so I don’t know why we didn’t go in that gap.

“Why we went out in traffic when we knew we needed a hard out lap, that was a pretty obvious mistake.

“I don’t know why we didn’t wait to put me out in clear air – unless the time was going down and we weren’t going to make it, which I don’t think was the case.

“I believe we had all the time we needed. It just seemed like we made a stupid, silly error.”

Ricciardo famously lost victory in Monaco last year when his team made a mess of a pitstop, and this latest mistake looks to have cost him a chance of trying to put that right this season.

“It seems like sometimes the intensity of Monaco makes you lose a bit of concentration and make what seem to be pretty obvious errors,” he said.

“It’s not intentional, it’s just frustrating. We underachieved way too much and this race is an opportunity for us to do much better than that.

“We could have challenged everyone, but that means nothing now because we’re not there.

“We were very far from the potential, so that’s the frustrating part.

“This is the one that you don’t want to make silly or simple errors at.

“You want to put more emphasis on Saturday than Sunday here, it’s not the day you want to make those errors.”