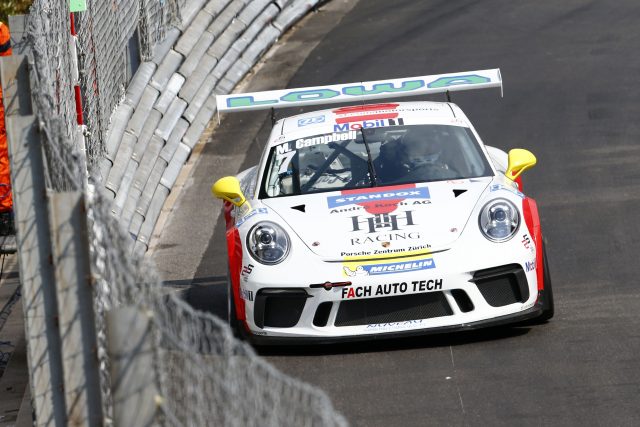 Matt Campbell on the streets of Monte Carlo

Australian Carrera Cup champion Matt Campbell has finished a fifth on his Monaco Porsche Supercup debut after a solid race.

Starting from fifth, the Queenslander maintained the same position throughout the race, despite pressing Zaid Ashkanani for all of the 16 laps contested.

“I attempted to keep up the pressure, but Zaid put in an immaculate drive,” said Campbell.

German Michael Ammermüller scored his third-straight race win in the series after taking a double-victory at Barcelona.

Second and third became Dan Cammish and Dennis Olsen, providing an all Lechner podium. All of the top cars finished in the positions they are started on the famous 3.340km street circuit.

Campbell sits fourth in the overall points standings and second behind Olsen in the Rookie title chase.

Next up on the Porsche Mobil 1 Supercup calendar is the Austrian Grand Prix weekend at the Red Bull Ring from 7-9 July.