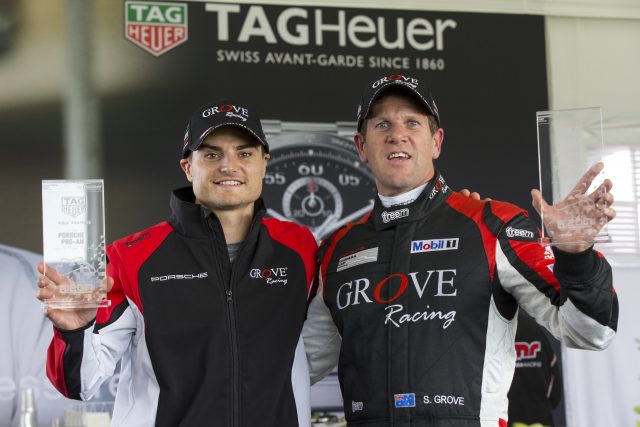 Slade and Grove will start from pole at the Pro-Am

Stephen Grove and Supercars driver Tim Slade will start from pole for the opening race of the Porsche Carrera Cup Pro-Am at Phillip Island later this afternoon.

With qualifying being the average of the combined best times of both drivers, Slade set the third fastest time overall in the opening session behind Andre Heimgartner and Nick McBride.

Grove repeated the performance in Q2, but importantly it was behind the different entries of Adam Gowans and Geoff Emery.

Once the times were averaged the Grove/Slade entry was just under four hundredrths ahead of the Dylan O’Keefe/Gowans entry. It is the first career overall pole for the long-time Tag Heuer Carrera Challenge racer.

Under the rules of the 60-minute race the drivers who starts today’s opening race, will finish tomorrow’s second leg.