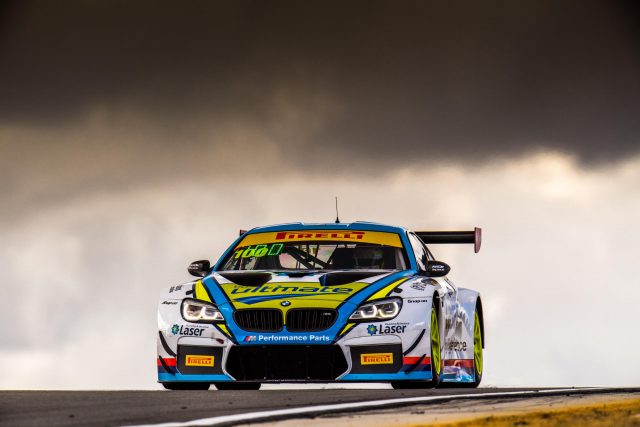 The BMW Team SRM driver heads to Phillip Island with confidence levels high as the M6 GT3 has proven to be well suited to the fast and flowing Victorian circuit.

After making its debut last year, the factory supported BMW M6 GT3 is yet to score podium finish in either the Australian GT or Australian Endurance Championship.

However, a strong start to the Australian GT sprint series season has seen Richards and co-driver James Bergmuller enjoy consistent finishes inside the top 10.

Richards feels the M6 GT3 can go even better at Phillip Island, admitting a podium finish would mark a milestone moment in the GT program.

“There’s no doubt that of the circuits that we go to this year, that Phillip Island is definitely one that suits the car,” Richards told Speedcafe.com.

“The expectations are that if we’re going to have some good results, then it’s going to be on those types of circuits, so relatively comfortable with that side of things.

“We’ve done some testing; we haven’t done a lot of testing down there but we’ve done enough to get James (Bergmuller) up to speed with the car, which is great.

“It’s 500km so it’s going to be I think about 15 laps longer or 14 laps longer than last year, so it should be interesting.

“I’m actually looking forward to doing some of the longer races. For sure on that circuit we should be somewhere in the mix, I think.

“The car globally tends to be a little bit off the money on the shorter, tighter circuits that it goes to.

“Our expectations I guess, and it’s dependent on a lot of other factors, are that if we have a day in the sun and the pace of the car is what we expect it to be, then a top five is possible.

“I mean we’ve had some consistent finishes inside the top 10 in the sprint series so far, so it would be awesome to think we could stand on the podium this weekend, for sure.

“We’re a realistic chance for a top three, but we’d be satisfied with a top five.”

The AEC has introduced new regulations this year which sees the base pit stop time reduced to 40 seconds par car with driver seeding times then added to that figure.

Teams will have to complete two compulsory pit stops during the race.

“That rule will help in some ways but hinder in others; it’ll depend on where you qualify,” he added.

“I think that we’ve had some relief, in terms of the drivers seedings, prior to Barbagallo, and that will definitely help us, but it’s still going to come down to Safety Cars, they bring all that back into neutral.”

The Australian Endurance Championship begins today with a 40 minute practice and two 20 minute qualifying seasons, ahead of Sunday’s 500km race.