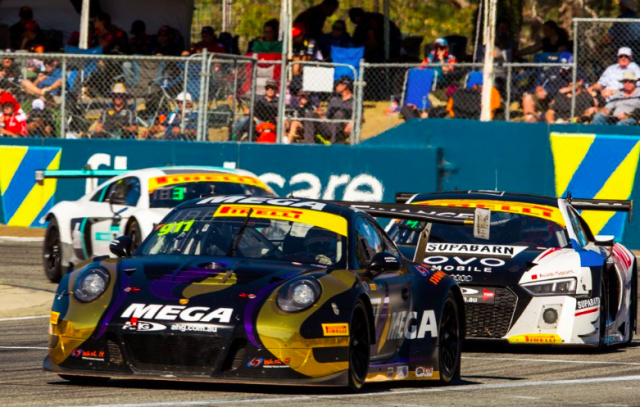 While its Supercars team is struggling, Walkinshaw Racing heads to Phillip Island among the favourites to star in the opening round of the Australian Endurance Championship this weekend.

The Clayton operation’s GT3 arm has enjoyed a strong start to its second season in GT3 racing, leading the Australian GT Championship with driver Liam Talbot.

It is this momentum Walkinshaw is hoping to translate into the start of the four-round Australian Endurance Championship, which begins with a 500km race at Phillip Island.

After scoring two wins in the sprint series this year, Talbot will share the Porsche 911 GT3 R with experienced sportscar ace John Martin, who led the team to fifth in the AEC standings last year.

Last year the squad was forced to withdraw its entry before the opening race after its 911 GT3 R incurred damage in a sprint race prior to the 101 lap enduro.

“We want to go there and get a solid start to the enduro season,” Nilsson, who is also leading Mobil 1 HSV Racing on an interim basis, told Speedcafe.com.

“We have bit of unfinished business as we missed Phillip Island and the Highlands Park finale last year. This meant we finished fifth in the standings having only finished two races, where we scored two podium results.

“I didn’t really look at whether we are favourites or not. We just want to go to Phillip Island and do a solid job.

“Hopefully we can continue the momentum of us leading the sprint championship.

“Phillip Island has been a little bit of a bogey circuit for us in terms of qualifying pace but we think we have got reasonable race pace.

“It is a four round championship so we just want a big bag of points because we know we are strong at the other circuits so we can build on that.”

Walkinshaw Racing has been keen to expand its GT3 operation having focussed on just one car apart from this year’s Liqui-Moly Bathurst 12 Hour, where it fielded two 911 GT3 Rs, including a factory entry.

The process of expansion is still ongoing according to Nilsson.

“It is always ongoing we have got the one car we are focussing on,” he added.

“We have got a good relationship with Porsche but there is nothing to announce.”