The Antipodeans have the field covered at the 101st Indianapolis 500.

Brisbane-born New Zealander Scott Dixon starts from pole position in his Ganassi Racing Honda, while Aussie James Davison brings up the rear of the field in a substitute role for the injured Sebastien Bourdais in a Honda out of the Dale Coyne Racing stable.

In between, bringing up the rear of the Fast 9 qualifiers, Toowoomba’s Will Power heads into the 200-lapper as arguably Chevrolet’s best chance for victory in America’s biggest and richest auto race.

Dixon is already an IndyCar Series legend, his 40 race wins and four championship titles putting him on a list of all time greats that includes names like Foyt, Andretti and Unser.

But IndyCar greatness is also measured by Indianapolis 500 victories, and Dixon has just one of those to his name.

Putting his face on the iconic Borg-Warner Trophy for a second time would cement the Kiwi’s position among the sport’s immortals.

Power, meanwhile, has established himself as one of his generation’s greatest IndyCar drivers.

He’s already amassed 30 race wins and an even more impression 47 pole positions, twenty more than Dixon despite arriving on the IndyCar scene some five years later.

Power has broken through to earn victories in 500-mile IndyCar Series races at Fontana and Pocono, but still awaits his first triumph in the biggest race of all.

For Davison, a top 10 finish after being called upon on such short notice and in such unfortunate circumstances would represent a victory in itself.

A solid run in the Indy 500 could put the 30-year old Melbourne native in pole position to drive Coyne’s #18 Honda for the rest of the season.

Here’s how their prospects look individually: 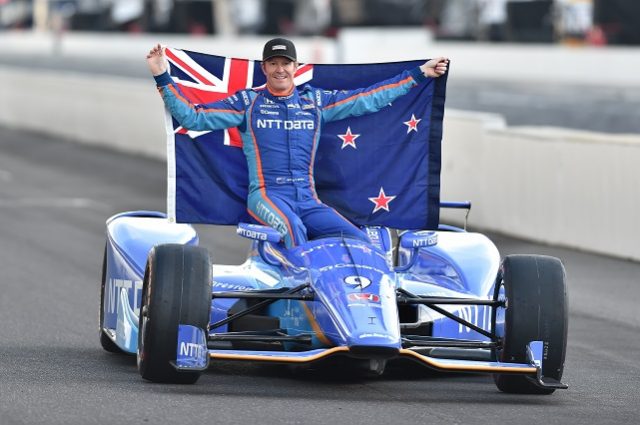 In fact, since the Dallara DW12 chassis was introduced in 2012, the winning driver has always started from outside the Fast 9 on the starting grid.

Dixon became one of a handful of drivers to earn three Indianapolis poles, and his task now is to convert the lead starting slot into a finish at the top of the pylon.

“With the exception of a couple years, we always come with a car that’s very strong, and with the Honda package, it’s even more so,” Dixon told Speedcafe.com.

“We qualified near the front, but that doesn’t guarantee you anything.

“It’s going to be a tough day and there’s still probably half the field that has a great shot at winning the race.

“I think Honda has done a great job and this is the circuit that we thought we would be best matched for, this and the other superspeedways.

“It’s not a short race and it’s tough on durability with the high amount of RPMs that are constant.

“Reliability is definitely a concern for everybody.”

Dixon’s preparations at Indianapolis were interrupted by an internationally publicised incident where he and former IndyCar driver Dario Franchitti were robbed at gunpoint while waiting in the drive-thru lane at an Indianapolis Taco Bell.

No one was injured and two teenage suspects were apprehended by the Indianapolis Metropolitan Police Department.

“It was definitely a bit of an odd situation Sunday, and more importantly, such an emotional swing, from sitting on the pole and then having the incident at Taco Bell,” Dixon related to Speedcafe.com.

“It gives you a bit of a reality check and it can make you feel pretty small again.

“The biggest thing is that everybody is okay, nobody got injured and we can all move on.

“The good part of the distraction is this part of the year is complete mayhem for us, so it’s nice to not have not a lot of time to reflect on it or sit back and think about other things.” 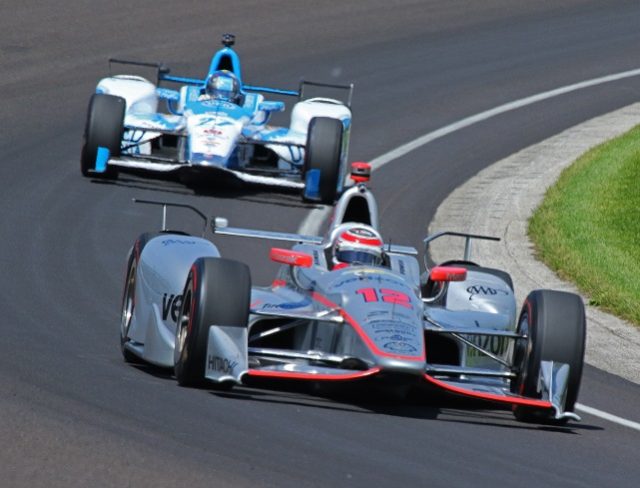 Will Power finished a close second to his Penske teammate Juan Pablo Montoya in the 2015 Indianapolis 500 and it made him all the more determined to drink the Indy winner’s milk.

But the Penske cars haven’t been as strong as expected in the last two years at Indianapolis and were outpaced in qualifying by the similar Chevrolets run by Ed Carpenter Racing.

The Penske cars were quicker in race trim that in qualifying in 2016 and Power hopes that trend repeats this year.

He’s also hoping that the power advantage shown so far by the Honda cars will be negated by the fragile nature the engine has shown so far.

“The big race coming up this weekend is going to be very interesting,” Power told Speedcafe.com.

“I feel like we’ve had good cars, though obviously the speed wasn’t there in qualifying.

“Obviously Honda has got a bit more power right now, but we have a very reliable engine – Chevy has been pushing hard for a long time.

“As you can see, Honda has definitely had its share of failures this month and you’ve got to finish the race to win it.

“I think in the race we’ll be really strong and you’ll see a bunch of us work our way to the front.”

Power is also counting on the experienced Penske pit crews to make a difference on race day as he tried to become the first driver to win the Indianapolis road course race and the Indianapolis 500 in the same year.

“That would be pretty cool but I haven’t really thought about it because I’m just trying to put together the best race on the oval with what we’ve got,” he said.

“We have the best pit crew in pit lane – all five Penske cars have really strong pit crews and that matters in this race.

“You have to have quick in laps and out laps and good pit stops – especially if you stop under yellow – and I’m very confident we’ll gain positions during those group pit stops.” 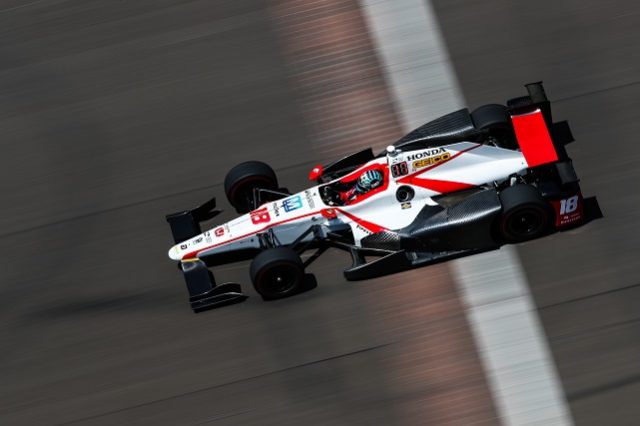 James Davison didn’t expect to be competing in the Indianapolis 500, especially under the current circumstances as the last-minute replacement for an injured driver.

That’s not going to stop him from making the most of the opportunity at hand.

Davison is in a compromised position, because he’s not running the exact Dallara-Honda that Sebastien Bourdais showed so much speed in before his bone-breaking crash in qualifying.

Davison’s Indy entry is a bitsa-special that was intended to be one of Dale Coyne Racing’s spare cars at next weekend’s Detroit Grand Prix.

But with a Honda engine and the engineering prowess of Craig Hampson behind him, Davison could post a solid result on race day.

“This is all I’ve known – I’ve always showed up at Indianapolis and ran very little laps,” Davison remarked to Speedcafe.com.

“Someone had to jump in the car, get three hours of running, start at the back and get on it and do a professional job.

“We’ve got GEICO (insurance) on board, which is fantastic for the team and a fantastic opportunity for me to be representing such a big corporate American company, especially since we’ve got an onboard camera.

“I’m suddenly aware of what my responsibility is and I’m ready to take on the challenge.”

Davison tries not to think about it, but he knows that his race at Indianapolis will serve as an audition for potentially completing the rest of the IndyCar Series season with DCR.

He intends to make the most of the opportunity he has been given.

“We’ll do the best we can with what we’ve got and hope Sebastien recovers quickly and is back on the grid soon,” Davison said.

“I’m hoping to finish in at least the top half of the field – we want to try to get close to 10th or 12th place and if something more is forthcoming, fantastic.

“We do have limited expectations and will drive accordingly and be smart.

“I’m available for the rest of the season and Dale Coyne is going to keep his options open, understandably.

“A good result motivates team owners and sponsors to continue and do more.

“For me, I’m solely focused on this weekend and doing the best possible job that I can.

“I know with all things going well, I’ll be doing the best talking that I can to get myself in the car for the rest of the season.”

The Indianapolis 500 program continues with final Carb Day practice for one hour from Saturday morning at 0100 AEST (0300 NZST).