GRM gearing up to test new components at Winton

GRM gearing up to test new components at Winton 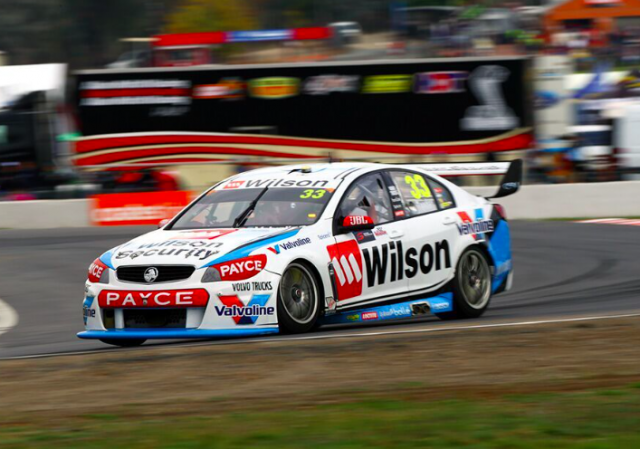 Garry Rogers Motorsport will trial a range of new components as it looks to unlock more speed from its Commodores during a Winton test day in the break before the CrownBet Darwin Triple Crown.

The Melbourne squad is yet to enjoy the luxury of a full test day with its Holdens after being forced to use the pre-season tyre test as a shakedown for its hastily built cars over the off-season.

GRM is expected to head to Winton for a test on June 6.

Despite being forced to make the transition back to Holden machinery following the departure of Volvo, the team has enjoyed a strong start to the 2017 season.

New recruit Tander is on a run of seven consecutive top 10s including a podium at Phillip Island which has elevated him to sixth in the standings.

The 2007 Supercars champion expects the test will prove hugely productive in unlocking further potential in the GRM Commodore.

“We’ve got a test day next, that’ll be the first proper test day of the year,” Tander told Speedcafe.com.

“We’ve got a huge amount of stuff we want to try, but it’s all big stuff but it’s not the sort of stuff you want to try on a race weekend in case you don’t get the rest of the package to suit it.

“We’ve got a couple of ideas of things we’d like to do with the car.

“Really, test days aren’t about speed, they’re about understanding; what things happen with the car and what influences the car.

“That’s really important for us, so we’ll have that before Darwin and that’ll help us.

Team boss Barry Rogers confirmed the squad as been busily developing parts which will be tested at the rural circuit.

While admitting the day is crucial for the team in learning the car, he stresses there are no guarantees the developments will push the car forward.

“It is the first opportunity to do a test apart from that pre-season tyre test which we arrived there with a Holden body on top Volvo engineering,” Rogers told Speedcafe.com.

“We have been gradually turning that Volvo engineering into a package that is more suitable.

“When you change cars it was amazing to notice the difference in the aero.

“In practice sessions we tinker with set ups but the engineers are currently redesigning parts, which we believe will improve the car.

“We have a box of a few different bits and piece which we will put on and off the car at Winton to see what impact they have.

“There is no magic part in the toolbox, we believe. It may improve the car or make it go backwards, so we will try a few different scenarios.”