Porsche Cars Australia has taken the covers off the new Carrera Cup car which will be introduced next season.

Porsche claims the life of the new power unit and gearbox has been doubled, while handling has been improved following the introduction of more angular front and rear aprons.

According to Porsche an enlarged roof hatch and proven bodyshell of aluminium and steel hybrid construction ensures this generation 911 GT3 Cup is the safest yet.

The car, which is estimated to be 1.5s a lap faster around Mount Panorama, made its racing debut in Europe and North America this year.

Alongside the launch, Carrera Cup Australia confirmed changes to its class structure with the category to impose a limit of 10 professional driver entries next season.

The Elite class for gentleman/amateur drivers will be split into Pro/Am and Am classes.

All Elite class competitors will benefit from the exclusive use of ABS in their cars in a bid to attract further customers next year.

The category is targeting a 24 car field in 2018 having struggled for grid density this season.

“As well as providing a level playing field for the best professional drivers to showcase their talent we also need to make the series appealing for the semi-pros which form the backbone of Carrera Cup in Australia.

“Initial feedback from those racing this car overseas has been extremely positive – from the driving experience through to general maintenance and cost of ownership, which has been a key focus in the development of this next generation GT3 Cup car.

“We are talking some significant figures in the lifecycle of several key components between scheduled maintenance; engine run time is doubled now to 100 hours while gearboxes can run 30 and 60 hours between minor and major services, respectively.”

Current Carrera Cup Australia drivers and teams will have the first option to purchase the new car, followed by GT3 Cup Challenge participants and then other interested parties. 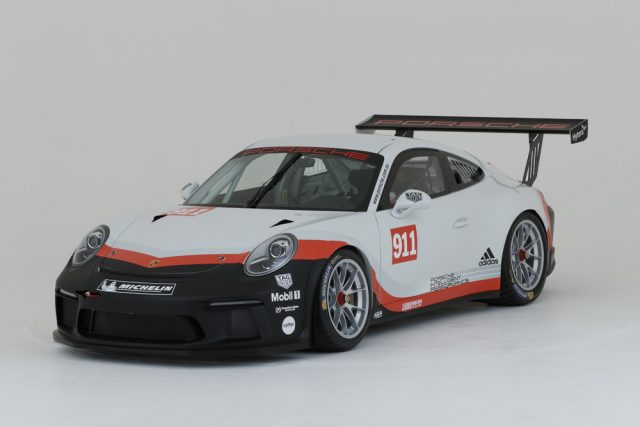 Next Story Campbell to start fifth in Monaco Supercup