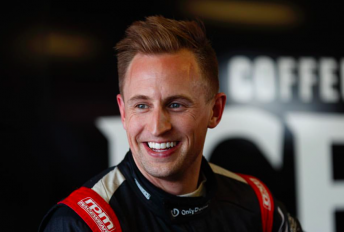 Former Supercars full-timer Chris Pither has received a late call up to contest the opening round of the Australian Endurance Championship at Phillip Island.

The New Zealander will partner Ash Samadi in an Audi Customer Racing Australia prepared R8 GT3 for the 500km race at the Victorian circuit.

Pither has experience of GT3 machinery at the Liqui-Moly Bathurst 12 Hour having been part of the Hobson Motorsport privateer Nissan squad earlier this year.

After missing out on a full-time Supercars drive, the 30-year-old will join Erebus Motorsport’s Dale Wood for this year’s Pirtek Enduro Cup.

This weekend’s round will mark Pither’s debut in Australian GT.

“To be driving an Audi R8 around Phillip Island, the best permanent race track in Australia is pretty exciting; I can’t wait to get in the car,” said Pither.

“I’ve known Ash for a long time, but we haven’t ever driven together, so I’m looking forward to partnering up with him.

“He’s done a lot of laps now in these cars too, so I think we should be in good shape come Sunday.”

The Pither/Samadi Ah Apartments-backed R8 will feature in a 19-car field for the season opener which begins on Saturday with a 40-minute practice followed by two, 20-minute qualifying sessions.