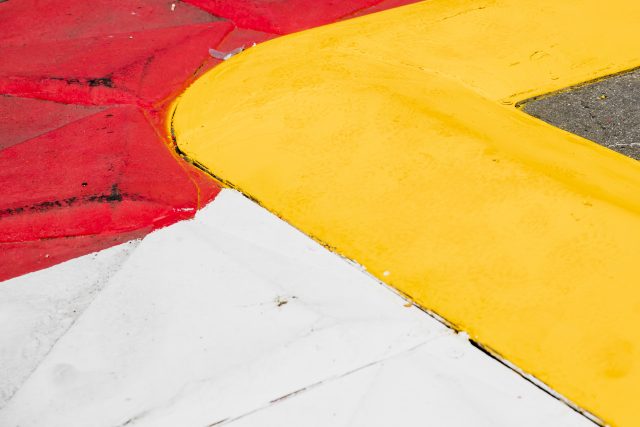 Romain Grosjean and Sergio Perez have revealed concerns regarding a new aggressive kerb layout at the Swimming Pool complex of the Monaco Grand Prix circuit.

The Haas F1 and Force India drivers believe the amendments to the track could act as a launch pad for F1 cars during this weekend’s race on the Monte Carlo streets.

As well as a new kerb running parallel to the track, the reshaped kerb on the inside of the left-hander has raised eyebrows among drivers, who fear it could cause trouble.

Asked for his views on it, GPDA director Grosjean said: “I don’t really know why (they’ve done it) – maybe for the Porsche! But the bigger yellow thing – don’t touch it when you are in an F1 car.

“It looks like a taking off ramp. If you clip your front wing, it could take it (off) because you’ve made a small mistake and it will fly you straight into the wall.

“Before, there was a big one (kerb) there, and taking it you were losing time anyway, so I was a bit surprised to see that.”

Perez thinks there is no need for such a big kerb on the inside of that corner, and reckons that cars will easily be launched if they hit it.