Home » News » IndyCar » OREOVICZ: Honda fast but will they last?

OREOVICZ: Honda fast but will they last? 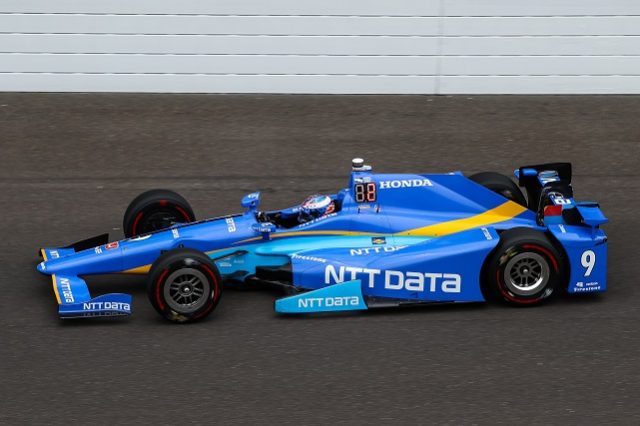 In 2016, the Chevrolet engine and aerodynamic package crushed the competition from Honda in the Verizon IndyCar Series, winning 14 of 16 races.

Honda’s only two wins came on superspeedways – the high banks of Texas Motor Speedway and in the biggest race of all, the Indianapolis 500.

Honda Performance Development was confident that it would retain its superiority over Chevrolet this year in speedway trim, and so far that has been the case at the Indianapolis Motor Speedway.

But with the addition of 12-time IndyCar champion Chip Ganassi Racing and the recruitment of now-injured Sebastien Bourdais, Honda significantly strengthened its lineup for 2017 and proved much more competitive in the opening races of the season than expected.

All year long, Dixon has been eagerly anticipating getting to grips with the dominant Honda package at Indianapolis, and the New Zealander was not disappointed.

He put his Ganassi Honda on pole position with a solid 0.5mph (0.8km/h) average over Ed Carpenter’s Chevrolet, one of only three Chevys to advance to the Fast 9 qualifying group. Will Power piloted the only other Chevrolet in the Fast 9, nearly 2mph (3.2km/h) off Dixon’s 232.164mph (373.632km/h) average as Team Penske struggled for qualifying speed for the second year in a row at a track where it has claimed pole a record 17 times.

With engine changes for most competitors expected for the race, there is an opportunity for Chevrolet to make gains by introducing some new specification parts, the kind of surprise Honda sprung on the field in 2012 and again last year.

But the Chevy drivers seem realistic that the Hondas are the cars to beat.

“There’s definitely a big competition between Honda and Chevy,” said Pagenaud, who qualified 23rd for the 33-car field.

“Honda has done a very strong job, bringing a strong engine and aero.

“But we have what we need, I think, to have a strong race.

“I felt like my race car was very good last week, and we showed it today in the heat.

“It actually gets really good in traffic and it can run with people.

“I think it’s going to be an exciting race.”

Even Carpenter, who narrowly missed out on earning his third Indianapolis pole in the space of five years, is concerned about the Honda threat.

“It’s still hard with the Hondas in traffic, because they have something we don’t,” said Carpenter, who owns the Ed Carpenter Racing team he drives for.

“It’s slightly concerning for race day, but we’ll take a look and run as trimmed as we can.

“I’m happy with the car, the team has done a good job and we’re getting what we can out of it.”

Perhaps he was engaging in a bit of gamesmanship, but Dixon didn’t sound that happy after the final relatively full day of practice.

Teams and drivers have an hour of track time early Saturday morning AEST time (0100-0200), but by then, it will be too late to make major changes to the race setup.

“We had a few issues with some adjustments that we went the wrong way on,” Dixon told Speedcafe.com.

“I think all in all to be honest the car was pretty strong.

“The only unfortunate part is that there are lots of strong cars.

“This is the biggest event on the calendar each year and it’s the one we set out to win first,” added the 2008 Indy 500 winner and four-time IndyCar Series champion.

“We come here to win and that’s the only goal – if we don’t achieve that, we’re disappointed.

“For me, a second chance at drinking the milk would definitely be very, very special.”

Slightly down on speed, the Chevrolet drivers are hoping for a bout of Honda unreliability on race day. 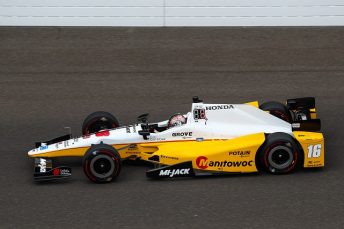 “We don’t have quite enough speed, but that’s not the whole equation here,” observed Power.

“It’s a finicky place that always has a surprise or two.

“I feel good about our reliability and durability for a long race – those things are part of it, too.

“To win the race, you have to finish the race.”

Next Story OREOVICZ: Five (other) drivers to watch at Indy