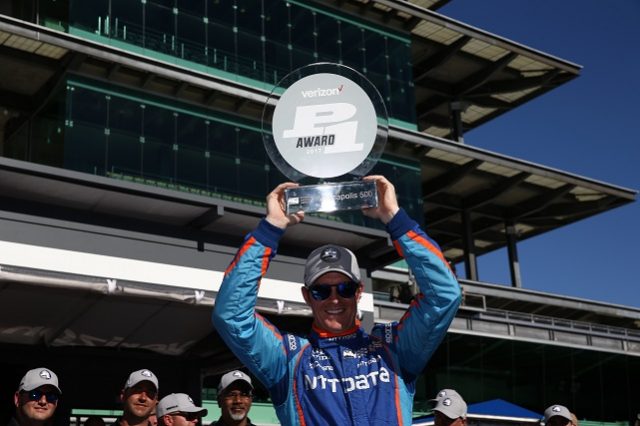 The Indianapolis Motor Speedway is both magnificent and maddening in the way it clings onto tradition. It’s almost impossible not to have a love/hate relationship with the place.

They’ve always made a big deal out of qualifying at Indy. In the 1960s and ‘70s, when a new track record speed was a regular occurrence at the Speedway, they packed the place on Pole Day with crowds that rivalled those of the race.

At its peak, Indy’s Month of May truly stretched out all month, with practice staring on the first and the race on the 30th, a U.S. national holiday. In between, qualifying was spread out over four days.

There were often 60 or 70 drivers jockeying to make the hallowed ‘Field of 33’ and the final day of qualifying known as ‘Bump Day’ was often more dramatic than the run for the pole. 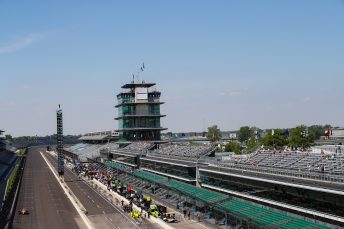 In modern times, the schedule was compacted down to a week of practice followed by two days of qualifying, with an elimination format that leaves only nine drivers eligible for pole position. A healthy serving of IndyCar Series championship points (almost as many as a normal race win for pole) was thrown into the mix to increase the interest and intensity.

With a bumper crop of car/driver combinations, the system has the potential to produce all kinds of excitement and drama.

But this year, Indy managed to attract only 33 entries to compete for the traditional 33 starting positions in the ‘500’ field.

No driver was in danger of not making the field. Just showing up and running a competitive speed without crashing pretty much constituted a guaranteed starting berth.

There was none of the ‘bumping’ for the final spots at the back of the field that made the end of Indianapolis qualifying such a nail-biting affair in its heyday.

In fact, the only bumping that took place this year was the race for the ninth fastest speed on the first qualifying day, to be among the ‘Fast 9’ eligible for pole when all the drivers ran another qualification run on day number two.

Sebastien Bourdais never made it to Day 2. He was laid out in an Indianapolis hospital with a fractured pelvis and hip, the result of trying too hard and crashing heavily during his first day attempt.

And what was he really putting his life on the line for? A $100,000 cash prize and the privilege of leading the Indianapolis 500 field.

Oh yeah, and a fistful of championship points.

You have to wonder if that paltry reward was worth the risk of writing off a $500,000 race car and incurring a season-ending injury.

You also have to wonder why Josef Newgarden, Spencer Pigot and Zach Veach were put in a position where they felt the need to push hard enough in practice to cause them to crash.

Newgarden’s credentials are established and he drives for Team Penske, which can afford a wreck every now and then. But young up-and-comers Pigot and Veach were in one-off Indy rides for less well-funded teams and they likely won’t see a penny in change after they chase what is likely to be little more than a $200,000 payday in the race.

The Indy 500 winner walks home with a cheque for more than US$2million, but only the top four or five finishers make a profit with their prize money.

In all, there was probably $1 million in crash damage racked up at IMS last week, and for what purpose?

Racers are racers, and certainly there is honour and pride at stake. Bourdais may have been keen to prove his oval track skills. Pigot and Veach are trying to make their mark.

The crowd of about 30,000 on hand on Sunday showed their appreciation for the skill and daring the drivers put on display, with the highest speeds recorded in 21 years since Arie Luyendyk set the IMS track record.

Champion drivers from Rick Mears to Dario Franchitti believe that Indianapolis qualifying is the most pressure packed day that IndyCar drivers face all year.

But with no drama in terms of not making the field and just $100,000 on the line for being fastest, what was the point of pushing to the point of crashing?

Some might say that Dixon’s celebratory run to Taco Bell a few hours after securing the pole was more dangerous than his 232-mph pole run. That’s missing the point. 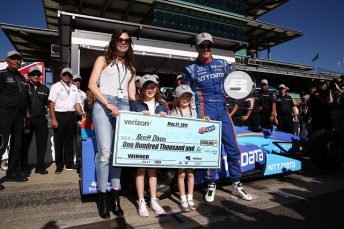 Dixon earned $100,000 for taking pole, but should the prize be greater?

If just qualifying for the Indianapolis 500 carries such great risk for such little reward, something has to change.

Offer $1 million to the pole winner to justify the level of commitment a run for a fast time requires from a driver and team.

If there are only 33 entries, cut the hallowed ‘Field of 33’ to 28 or 30 cars and put some genuine meaning back into just qualifying for the race.

But don’t ask these guys to put their lives on the line simply for the sake of moving up a few places on the grid.

Because as it stands, Indianapolis 500 qualifying is a $1 million folly.