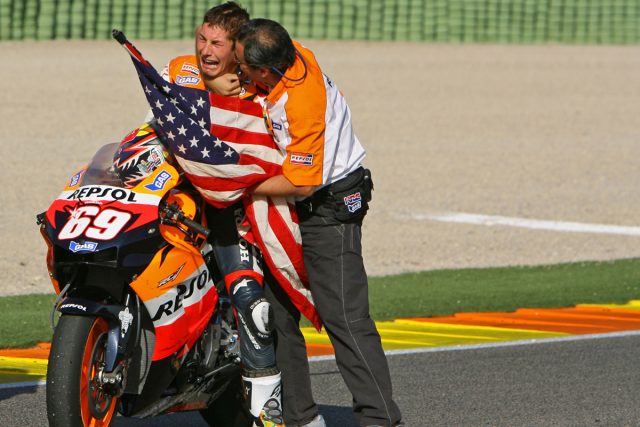 Nicky Hayden celebrates the moment he claimed the 2006 MotoGP title 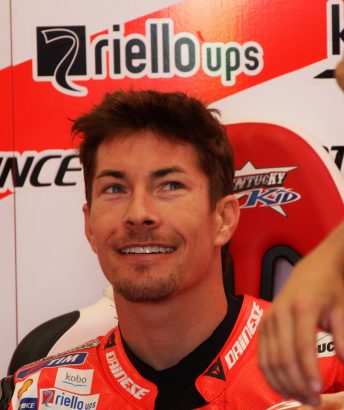 Nicky Hayden while riding for Ducati in 2013

Nicky Hayden was regarded as one of the true nice guys of the paddock.

The ‘Kentucky Kid’ enjoyed a long spell in MotoGP before moving into Superbikes, having risen through the ranks of American flat track racing and road racing.

Hayden, whose crowning glory in motorsport was his 2006 MotoGP world championship, died in hospital in Cesena, Italy on Monday local time as a result of head injuries.

In a cruel irony, a man who spent 13 years at the highest level of motorcycle racing, followed by another two in World Superbikes, had his life taken away having been hit by a car while cycling on the Rimini coast following the weekend’s World Superbikes round.

Hayden was born as the third of five children in the family in Owensboro, Kentucky, where he based himself all his life.

His parents Earl and Rose were dirt track racers and the Hayden clan all followed in their footsteps to some degree. In fact, the #69 which Hayden is synonymous with was the number his father raced with.

Hayden initially cut his teeth in dirt track racing, before moving onto minibikes on tarmac.

That was the beginning of a fruitful relationship with Honda which saw Hayden called up to the factory squad to compete in AMA Superbikes in 2000. Having finished second in his rookie season and third in 2001, he was crowned champion in 2002; the youngest ever at 21 years of age.

His reward was a call-up to the very top echelon of motorcycle racing, a seat at the Repsol Honda factory MotoGP team alongside the great Valentino Rossi (who was, by that time, two years into a streak of his first five straight premier class titles).

While Hayden took until the 13th race of the 16-race season, the Pacific Grand Prix in Motegi, to finish on the podium for the first time, he bagged another at Phillip Island on his way to fifth in the world standing and the highest-placed rookie.

Hayden missed the Portuguese Grand Prix in 2004 due to a training accident, and failures to finish in five other races consigned him to just eighth in the points.

However, his next two years in MotoGP produced immense moments of pride for the American. 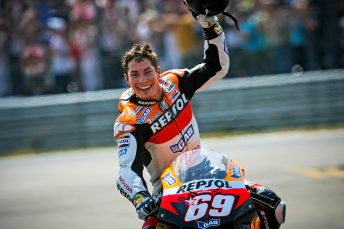 Happier times as Hayden celebrates his only MotoGP world title

In 2005, the US Grand Prix returned to the calendar for the first time in over a decade. Hayden took pole at Laguna Seca and went on to win a grand prix motorcycle race for the first time, on July 10, less than three weeks prior to his 24th birthday.

In a season dominated by Rossi, with 11 wins out of 17, Hayden was one of only five race winners as he finished third in the championship.

The following year saw his crowning glory; the 2006 MotoGP World Championship title. In an ultra-competitive season, Hayden took his second career win at the Dutch TT before going back-to-back in his home grand prix.

While he trailed Rossi heading into the season-ending Valencia Grand Prix after being taken out by team-mate Dani Pedrosa in the penultimate race in Estoril, ‘The Doctor’ fell early and would go on to finish 13th. Third for Hayden was enough to win the championship, by five points.

Switching to #1 on the fairing for the 2007 season, Hayden struggled on the new 800cc formula, finishing no higher than seventh through the first eight races before taking three podiums on his way to eighth in the world standing.

The relationship between Hayden and the factory Honda team ended on a sour note in 2008. The American had an even worse season, beset by an injury incurred during the X-Games which saw him miss two races, unreliability, and an apparent favouring of team-mate Dani Pedrosa. 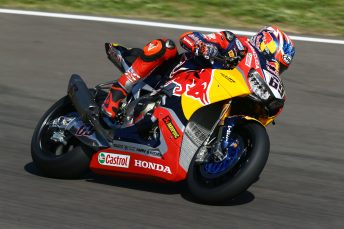 Hayden began a five-year spell with the factory Ducati team in 2009. The first of those was marked by considerable bad luck as he was three times taken out by other riders as he finished 13th in the championship, his worst result to date.

However, neither Hayden nor even Rossi, who were reunited at the Italian marque in 2011 and 2012, could make much of the tricky Ducatis, and Hayden finished no higher than seventh in the title race during his time there.

Hayden saw out what was to have been the end of his MotoGP career with the Aspar satellite Honda team. He finished 16th in 2014, having missed five races due to a wrist injury and subsequent surgery, and 20th in 2015.

Upon announcing his impending departure from the category, Hayden spoke fondly of his achievements and his status even to this very day as the last man to represent the Stars and Stripes in grand prix racing.

“No doubt, the best memory of my MotoGP career is winning the title in 2006,” he recalled.

“Winning my home GP twice at Laguna Seca was incredible but nothing compares to the feeling of being World Champion. I believed in my chances, fought hard to the end and it was my season.

“I want to thank everybody for the affection they have shown me. I have really enjoyed my time in MotoGP, I have had thirteen excellent years here and I achieved my dream of becoming World Champion. 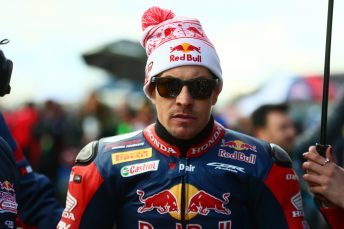 “I would have liked to have won more races and been more successful but I put a star on my bike, competing at a very high level.

“This is a great paddock, full of excellent people, and I am lucky to have made a lot of friends here.

“I feel very proud of my background and of my success. It is a big thing to be the last American in MotoGP, I am passionate about motorcycles and that is a big part of why I have been around for so long.

“I could be at home with my feet up but I am still here, giving it my best shot every weekend. I love the sport, I love the fans and above all I love racing.

“I had the opportunity to take a role as a test rider but my objective was to keep racing,” he said, confirming a move to World Superbikes.

The Honda factory-backed Ten Kate team would be his last as he returned to the production-based category – having made a one-off appearance at his home round in 2002 – in 2016, winning a race in Malaysia that year. Hayden was 13th in the 2017 world standing at the time of his tragic accident.

Happily, the man who loved his sport so much did have two more opportunities to race grand prix machinery. Last year, Hayden replaced the injured Jack Miller at Aragon, then received the call-up to stand in for Pedrosa at Phillip Island. He was involved in a mid-pack battle for most of the race before being bumped off by Miller on the third-last lap.

Sadly, Hayden never got to wed long-time partner Jackie Marin, to whom he became engaged in May 2016. Jackie, as well as his family, were by his side when he passed on Monday May 22.

Hayden leaves the world as not only a man who was officially recognised as a MotoGP Legend in 2015, but a universally liked character who was an enthusiast for his profession. When asked what he would be if he was not a motorcycle racer, his response was, “Don’t scare me like that; I’m a bike racer.”

Having started riding motorcycles by the age of three, he is one of the few who can at least be said to have spent all but his entire life doing what he loved best.

Speedcafe.com extends its condolences to the Hayden family.

Next Story Rossi feels ‘cheated’ by Viñales shortcut in France