Dixon and Franchitti robbed at gunpoint 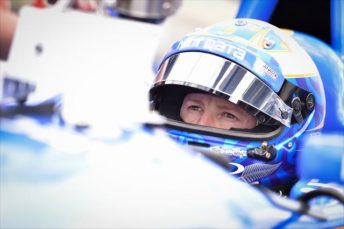 Indianapolis 500 pole winner Scott Dixon and Dario Franchitti were robbed at gunpoint while waiting in the drive-thru lane of a Taco Bell restaurant on Sunday night (Monday morning AEST).

The Indianapolis Metropolitan Police Department reported that Dixon and Franchitti, now a Chip Ganassi Racing advisor, were confronted at the restaurant less than a mile from the Indianapolis Motor Speedway by two men pointing handguns.

Just four hours earlier, Dixon had claimed his third Indianapolis 500 pole and he had just left the track after finishing up media duties.

“The victims stated two males robbed them at gunpoint and fled north on Berwick (Avenue) on foot,” the IMPD report noted.

No one riding in Dixon’s SUV was hurt in the incident and two males aged 14 and 15 were arrested shortly thereafter.

A representative from Chip Ganassi Racing confirmed the attempted robbery took place but said Dixon and Franchitti did not want to comment. 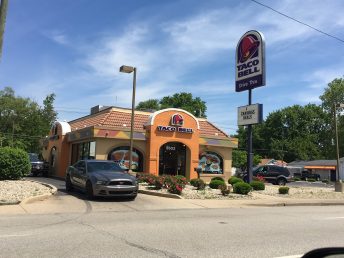 The Taco Bell outlet where the robbery occurred

However, Dixon’s teammate Tony Kanaan offered a second-hand perspective on what happened.

“Dixon had a late night with the pole and stuff and we were all starving,” Kanaan told Indianapolis television station WISH.

“I decided we were going to grab dinner and Dixon was going to buy dinner, for obvious reasons.

“We were hanging in the (driver) bus lot so we sent him out to get some drive-thru.

“They were on 16th Street, I think at Taco Bell, and while they were ordering with the windows down, two guys approached them at gunpoint and put a gun on Dixon’s head.

“He asked him for his wallet and his phone, I guess.

“He didn’t have his phone, and he had his wife’s wallet, because he had left his wallet in our transporter and it was locked already.

“So he gave them the wallet and those guys left.

“Later on they caught those two guys and they recovered the wallet.

“They had to go back and ID the guys and they finally caught them.

“I guess that’s the good thing – two less bad guys on the street.”

The Scotsman was forced to retire due to concerns about the effects of concussions after an IndyCar accident at the Houston street course in October 2013.

Franchitti now serves as an engineering advisor and driving coach for the team, working primarily with Max Chilton.