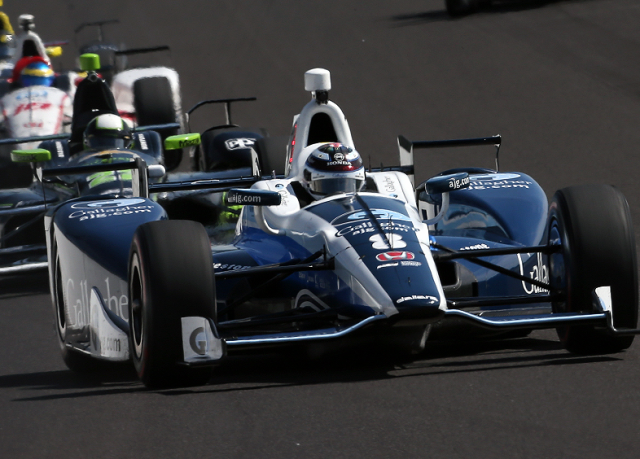 Max Chilton has paced a busy but incident-free final full day of practice for the 101st Indianapolis 500.

A total of 2,705 laps were run, making Monday the busiest day so far in the eight days of action at the Indianapolis Motor Speedway.

Rookie Jack Harvey ran more laps than anyone else, clocking 124 tours in his Andretti Honda.

Formula 1 star Fernando Alonso was right behind in the lap count, making several aggressive moves in traffic on the way to racking up 122 circuits of the 2.5-mile oval – more than half the Indianapolis 500 race distance.

Alonso was the last of a dozen drivers to exceed 226mph (364km/h) on the day, with eight of the 12 featuring Honda power.

“We didn’t have the speed to compete in qualifying but that’s one of the mysteries of Indianapolis – that’s what makes this place legendary, I guess,” Pagenaud said.

“Last night we changed the bodywork from qualifying and installed a new engine for the race, and it’s a weapon, that engine they put in there.

“The new engine is really strong and Chevy did a tremendous job with the calibration.”

However, Honda had the only mechanical failure of the day, as Oriol Servia’s Rahal Letterman Lanigan Racing entry ground to a smoky halt with a suspected engine failure.

Next Story Davison cautious in first practice run at Indy