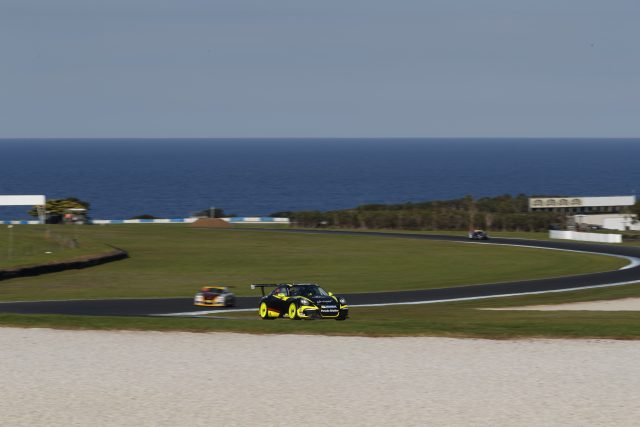 Alex Davison preparing for the Pro-Am at Phillip Island

A trio of champion drivers from the Porsche GT3 Cup Challenge Australia series will join the Porsche Carrera Cup Australia as co-drivers at this weekend’s Pro-Am at Phillip Island.

John Goodacre, Geoff Emery and Tim Miles have all tasted success in the GT3 Cup Challenge as Elite Class title holders in 2013, 2015 and 2016 respectively.

Emery will team-up with Alex Davison; an enviable line-up as Emery won the event alongside Matt Campbell last year. Miles will race with McElrea Racing’s Jaxon Evans, while Goodacre will also join the same squad to partner Simon Ellingham.

“My job is to be smart, consistent and bring the car home for Alex,” Emery said.

“It’s an important weekend for the championship chances of the Pro drivers so there’s pressure on to make sure you do a sensible job and bring the car home. I’m looking forward to the weekend. The cars are great to drive and the racing is always very competitive.”

Davison sits seventh in the championship, however is one of seven drivers covered by just 92 points at the pointy-end of the field. 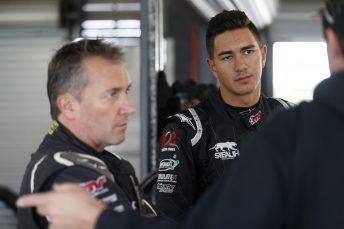 He’s also one of five drivers to have won across the first seven races of the ultra-competitive season this year.

Rising star Jaxon Evans will be hoping to follow in the footsteps of his McElrea Racing predecessor Campbell – Evans is racing the same car that dominated the Pro-Am event at Porsche Rennsport in Sydney.

With significant pressure applied to part-time co-drivers in the full championship round, experience is key when the title contenders secure their driving partners for the annual event. 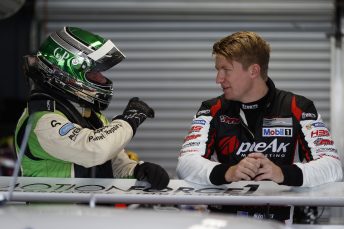 “It’s an important round and we put 50 per cent of the pressure on the co-drivers as we can only do so much time in the car. They have to perform their part but everyone’s in the same boat,” said Evans.

“It’s great to have the longer races as it brings the team into the equation and adds them as another element of the weekend.”

Goodacre, meanwhile, holds the record for the most ever starts in the Porsche GT3 Cup Challenge Australia series, ensuring he’ll bring plenty of experience to the table alongside Carrera Cup rookie, Ellingham.

The South Australian raced with Cameron McConville in the 2015 Pro-Am event, coming agonisingly close to a round podium before his car broke a driveshaft in the closing laps of the race.

He paired with Michael Almond last year, and in a difficult weekend for the combination, recorded finishes of 15th and 14th in the two races, respectively.