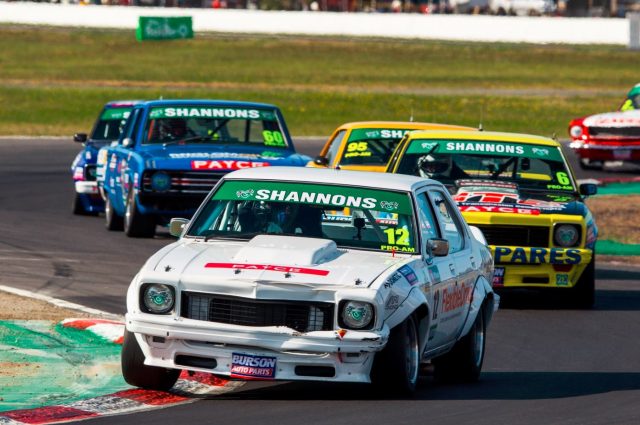 Adam Garwood and Eddie Abelnica rebounded from a chaotic morning to take out first and second in the final Touring Car Masters race of the weekend at Winton.

A reduced field took the start after a crash in Race 2 earlier in the day saw seven cars fail to start.

Both Abelnica and Garwood were caught up in the incident, though were able to be repaired to take the start.

Heading the field from the start, Abelnica lost top spot to Garwood midway through the race, the Torana kicking up its inside wheels over the kerbs as it seized the apex at Turn 10.

The duo squabbled heading into the chicane at the start of the first lap, Abelnica running into the back of Garwood as they negotiated Turn 1.

The XB Falcon driver resisted pressure from Adam Bressington in the final laps to hold on to second, taking out the round in the process, with Bressington third. 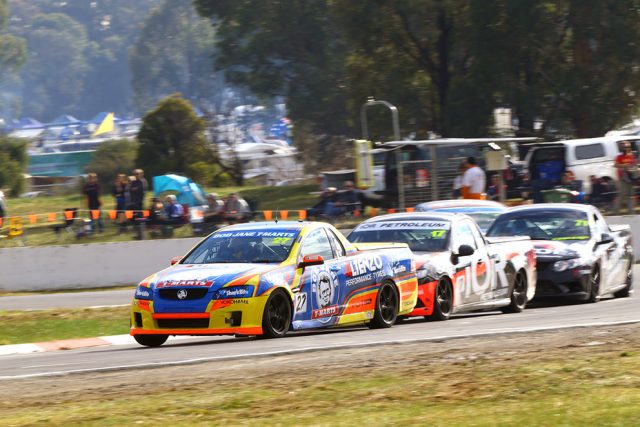 Kim Jane won the round at Winton

Two Sunday victories weren’t enough for Mason Barbera to take out the opening V8 Utes Series round of the season, which instead when to Kim Jane.

Having been turned around by Marcus Zukanovic in Saturday’s race, Barbera raced his way to victory in Race 2, passing Jane in the dying moments of the race.

He then lost out to Jane at the start of Race 3 before the pair ran side by side through the turns 7/8/9 complex, Barbera emerging in the lead.

Jane hung on to second, as he’d done in Race 2, resisting intense pressure from Ryal Harris.

After finishing third in the morning’s race, Zukanovic stalled at the start of the final race, finishing seventh. 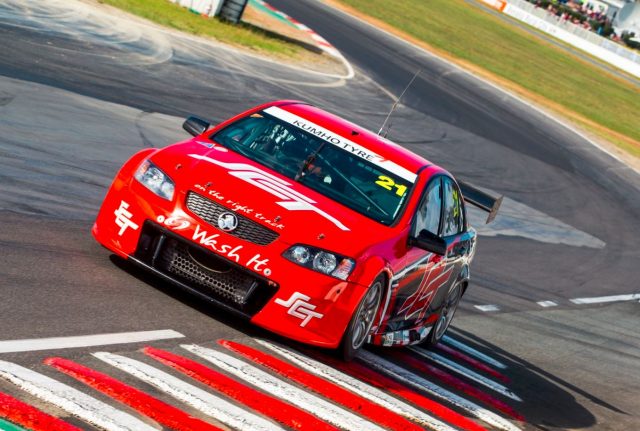 Jack Smith and Tyler Greenbury shared the V8 Touring Cars spoils on Sunday at Winton, each winning a race to round out the weekend.

Greenbury’s came in the first race of the day, passing Smith on the opening lap and heading the field to the flag.

A Safety Car interruption after David Wright spun at Turn 3 proved the greatest threat, though Smith was unable to mount a challenge and finished second ahead of Michael Anderson.

Smith then went one better, taking over at the front of the race when Greenbury’s right front wheel parted company with the Holden Commodore.

The Eggleston Motorsport run car parked up in the in-field, moving Jordan Boys into second with Anderson once again rounding out the podium.

Max Vidau held on at the head of the final Formula Ford race of the weekend at Winton, leading Aaron Cameron and Jayden Ojeda to the flag.

A mid-race Safety Car bunched the field after Angelo Mouzouris collided with Cody Donald at Turn 12, only for the top three to edge away once again.

Earlier, Cameron won what was in effect the first Formula Ford race of the weekend following an opening lap crash which saw yesterday’s race abandoned.

Max Vidau followed him home to finish second while Hunter McElrea rounded out the podium – the top three having skipped clear of the chasing pack.

Cameron won the round while Vidau continues to lead the series.