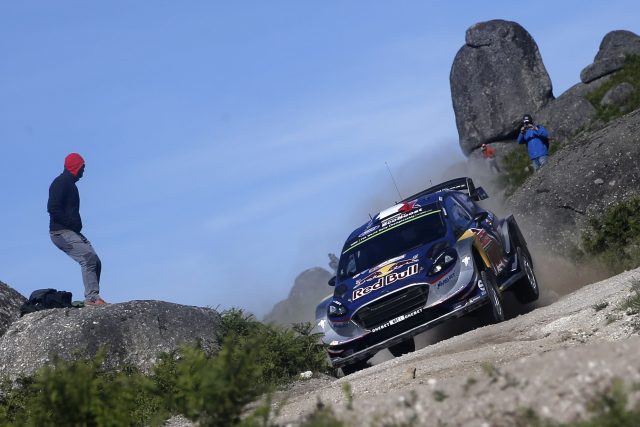 World Champion Sebastien Ogier has scored his second win of the WRC season with victory at Rally de Portugal.

Leading Thierry Neuville coming into the final day, the Ford driver controlled things at the front including a point on the final Fafe Power Stage to extend his margin to 22 points over Neuville in the championship fight.

After having to sweep the roads throughout the opening leg as the first car on the road, he made his move on Saturday after M-Sport Ford team-mate Ott Tanak damaged the rear of his Fiesta when he ran wide.

Tanak went on to finish in fourth and took the bonus points on the Power Stage.

After winning the opening round on the snow and ice of Rallye Monte Carlo, Ogier showed the he is coming to grips with his Fiesta. Although he has not been as dominant in the Ford as he was in the full works Volkswagen Polo in recent years, Ogier has been constantly scoring solid results on the other rounds.

“I’m delighted with this result. It’s been a hard fight until the end but I think everyone always enjoys winning like that,” said Ogier.

“It was an intense fight with Ott through the first half of the rally. He had great pace all weekend and, even after his mistake, managed to score good points for the team. 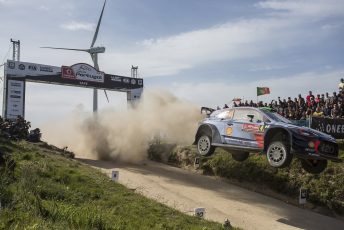 Paddon put on a show

“Everything feels good and I really must thank the team for all of their hard work. I’ve always said that rallying is a team effort and the car has been perfect all weekend. Everyone is putting in the maximum and they really deserve this victory.”

Neuville may have finished 15.6sec behind, but with Hyundai team-mate Dani Sordo in third it was a good points haul in the Manufacturers’ championship which it trails the M-Sport Ford team by 26 points.

The man on a charge on the final day was Kiwi Hayden Paddon who took two of the day’s four stages. Unfortunately, technical issues on the opening two days meant he was well down in the final results.

“We wanted to use these final stages of the rally to show what we could accomplish, and the fact we could set more stage wins only reinforced what might have been without our troubles,”said Padon.

“We could’ve been fighting for the win here this weekend but there are some encouraging signs for the future.”

The next round of the WRC is on the Island of Sardinia on another gravel rally.

Next Story Quinn to play conservative in National Capital Rally