Nissan Motorsport slapped with $13,000 in fines 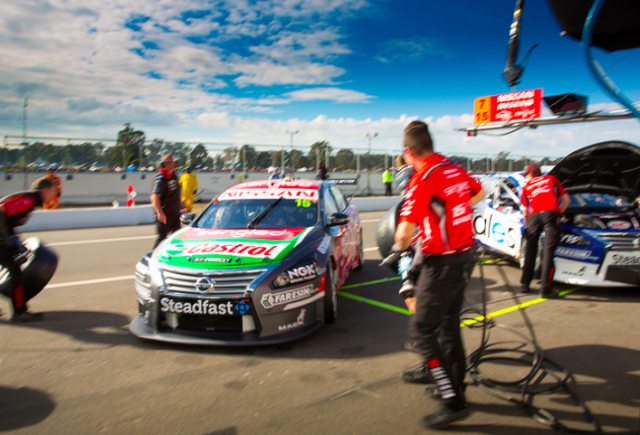 Stewards have slapped Nissan Motorsport with $13,000 in fines while being deducted 84 Teams’ Championship points following Race 10 at the Winton Super Sprint.

The Melbourne factory team had landed a $10,000 fine, of which $7,500 is suspended until the end of the year, and a 54 point penalty for failing to install an SD Card in the judicial camera on Todd Kelly’s Altima.

Officials require access to footage from the camera for potential use in post-race investigations.

The post race fine and penalty arrive on top of a $3,000 fine and a 30 point penalty issued during Race 10 after the squad failed to control its equipment during pit lane.

A jack stand had fallen from the pit gantry and rolled into the pit bay belonging to the #23 Altima of Michael Caruso.

The fines and points deductions came on a difficult day for the team, which was compounded by a clash between Caruso and the wildcard Nissan driver Shae Davies, which caused a Safety Car period on lap 50.

Davies was handed a five-second penalty for an incident with another Nissan driver, Simona de Silvestro on lap two, dropping him from 23rd to 24th position.

Rick Kelly scored the squad’s best result of 14th in the race at the team’s test track.

Meanwhile, Mobil 1 HSV Racing driver Scott Pye was docked 35-points after stewards deemed the South Australian was at fault in an incident on lap 55 with wildcard driver James Golding.

Erebus Motorsport’s Dale Wood was demoted to 26th position after being handed a 28-second penalty for spinning his wheels while on jacks during a pit stop.