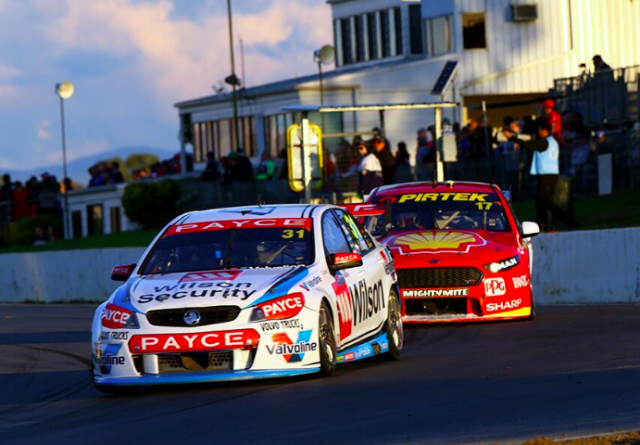 James Golding has hailed the introduction of Supercars’ new Super Sprint wildcard program as he looks to build on an impressive solo main game debut at Winton.

The 21-year-old is one of three wildcard runners joining the regular main game field at the Victorian circuit as part of a new system designed to aid the development of future Supercars talent.

His performance was made all the more impressive given the outing was his first race since the final round of the Dunlop Super2 Series in December last year.

After missing out on full-time drives in GRM’s main game and Dunlop Super2 efforts this year, Golding feels the experience will be crucial in helping him make the leap to Supercars in the future.

The rookie, who will team up with GRM’s Garth Tander for the Pirtek Enduro Cup, says the performance has boosted his confidence heading into today’s 200km heat.

“It was unbelievable. This is something I’ve dreamed of doing my whole life,” Golding, who will also make a wildcard appearance at Ipswich in July, told Speedcafe.com.

“The Dunlop Super2 series is really good but you get minimal laps compared to this.

“What I learned on Saturday was more than you would learn in a whole DVS round.

“It is really good thing for my career and will help me improve, so I can get to the next step which is a full-time drive in the main game.

“It was tough heading in with not many laps and no racing at all this year.

“To get that out the way and get a solid finish gives me a lot of confidence for today and future wildcard and endurance races this year.”

Having now competed in a solo main game encounter, Golding admits the racing is far more intense than what he experienced in the Pirtek Enduro Cup alongside Moffat last year.

“In the enduros you need to do a solid job but nothing spectacular, and in these races to do well you really need to put on a good performance,” he added.

“I struggled a bit at the start and got roughed up a little bit but once I settled in I felt at home.

“I think this is something I will have to get used to. I feel pretty confident heading into Sunday that I can race well against the guys out there.”

Fellow wildcard entries Shae Davies and Macauley Jones will join Golding for another test against the main game field today after finishing 19th and 20th respectively on Saturday.