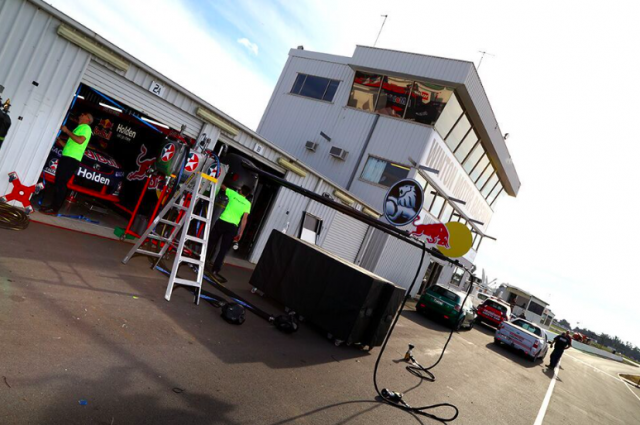 Winton Raceway has received a $17,000 donation to help upgrade and replace equipment in the rural Victorian circuit’s Medical Centre.

Orchestrated by Betty Klimenko and the Saunders family, who tipped in $15,000 into the kitty, Red Bull Holden Racing Team and Supercars also contributed $1,000 each to the cause.

“It’s the small regional tracks that need the help; they don’t get any government money.

“This is our test track; we might as well give as well as take.

“Triple Eight and Supercars both pitched in a bit, and it was good.”

The donation came as a surprise to the Benalla Auto Club, which operates Winton Raceway, though was welcomed by CEO Chris Lewis-Williams.

“It’s just lovely that somebody with her profile takes the time to put the effort in to ring her contacts and rustle up some funds for us,” he said.

“You’re always on the hunt for extra funds. The list is really long of stuff you want to fix; you just focus on the ones you can.”

There are currently no firm plans on what the funding will go towards, Lewis-Williams planning to meet with Wayne Williams who manages the Winton circuit, along with resident paramedic Brett Fraser.

“We’ll look at the wish list and see which way we can use the funds the best,” Lewis-Williams explained.

“If we’ve got to chip in a little bit more to get the right thing; we won’t just buy band-aids and Panadol, we’ll absolutely make sure we buy the right bit of kit for a motor racing environment.

“We’ll report back to Betty on how we used her funding, and we’ll get some signage up on the medical centre to thank them for their donations.”