Tanak comes through to lead in Portugal

Tanak comes through to lead in Portugal 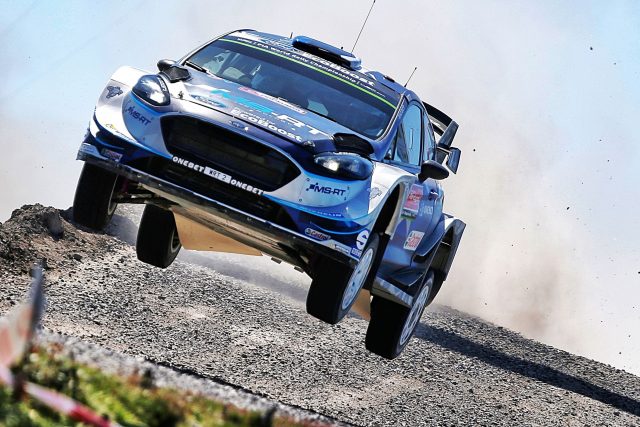 Ott Tanak holds a narrow lead at Rally de Portugal after a tight battle amongst the leading crews throughout the opening full day of competition.

After setting equal times on the opening spectator stage, Thierry Neuville and Mads Ostberg started the day out front. However, Hayden Paddon, Jari-Matti Latvala and Kris Meeke all enjoyed a spell at the head of the leaderboard before Tanak claimed the overnight lead.

Less than nine seconds covered the leading eight competitors before the final full gravel stage of the day when the Ponte de Lima special stage made its mark.

Paddon’s Hyundai stopped for the second time with an electrical problem that cost almost 11 minutes. 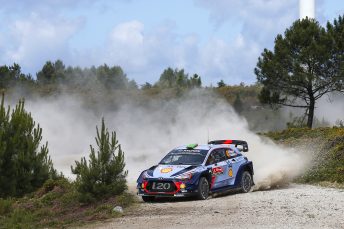 “I honestly don’t know when we are going to catch a break,” said Paddon.

“Things started well this morning with a stage win. We had a small electrical issue in SS3, which cost us some time, but it was really close at the top and we were firmly in the battle.

“Then, in SS7, we were on a flyer but the electrical issue recurred suddenly and we stopped mid-stage. We lost 11 minutes before we could get restarted and we have to re-join under Rally 2 tomorrow.

“That’s effectively the rally over for us but our road position tomorrow means we can try to show our true pace. We can only use the remainder of the weekend as a test.

“I’m trying to stay positive but I hope there’s something really good when this run of bad luck ends.”

Latvala rolled his Toyota and lost five minutes, while Meeke broke his Citroen’s suspension and retired. Neuville was delayed for almost 20sec behind the limping Latvala, while a broken front right damper slowed Craig Breen’s C3.

Once the dust settled on Ponte de Lima, Tanak was 3.6sec clear of Sordo; who catapulted from seventh to second amid the drama. Tanak extended his advantage over the Spaniard’s i20 Coupe in the final two street stages in historic Braga.

“It’s great to be in the lead of the rally. The plan always was to get a good start position for tomorrow and it looks as though we’ve made a good job of that,” said Tanak.

“We struggled a bit this afternoon with some damage to the wishbone on the middle stage [SS6]. We had to make some repairs, so I’m happy to see that it stayed together and we made it back to service still in the lead.

“As we saw today, the competition is really tight and everyone is going at pretty much the same pace. It’s really good to see that the competition is so strong and I’m sure that will continue into tomorrow. We just need to keep pushing and keep smart.”

Ogier’s performance was noteworthy as he was the road-opener clearing all the loose gravel.

Neuville ended the day 11.1sec off the lead in fourth, after event stewards restored the seconds lost in Latvala’s dust. Breen was fifth, 1.8sec behind, and 5.4sec clear of Elfyn Evans, who overcame a puncture in his Fiesta.

Toyota duo Juho Hanninen and debutant Esapekka Lappi were seventh and eighth, with WRC 2 leader Andreas Mikkelsen and fellow Norwegian Ostberg completing the leaderboard. After starting the day in the lead Ostberg’s hopes were shattered with a puncture.

In worse trouble was Stephane Lefebvre, who rolled his C3 and lost more than eight minutes.