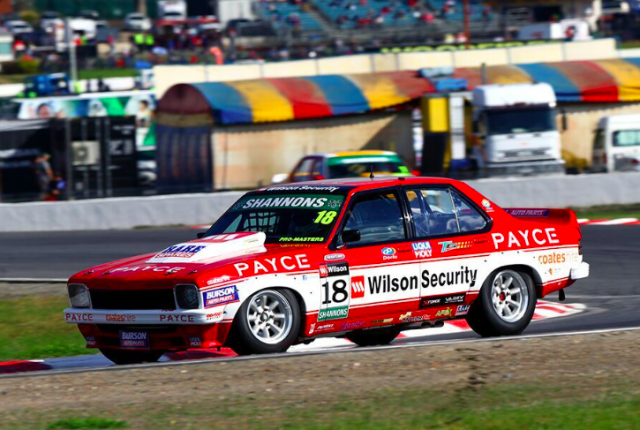 A solid drive from the back row of the field saw John Bowe win the opening Touring Car Masters race of the weekend.

The traditional Race 3 format, which saw the top half of the field reversed, was applied to the Race 1 instead, demoting fastest qualifier Jason Gomersall to last alongside Bowe.

A strong start saw Bowe quickly muscle his way forwards, his progress only momentarily delayed courtesy of a battle with Bruce Williams for the race lead.

The two Toranas twice swapped places, Williams seizing the lead as Bowe found himself boxed out while trying to pass Cameron Mason for the race lead.

Bowe quickly found his way into second before going the long way around of Williams at Turn 8, clearing out at the front to win by 5.2s.

Williams hung on to second from a fast closing Eddie Abelnica.

Gomersall climbed to sixth, but will start tomorrow’s race from pole position after beating Bowe by just 0.02s in qualifying.

Touring Car Masters are back on track for Race 2 at 0920 tomorrow. 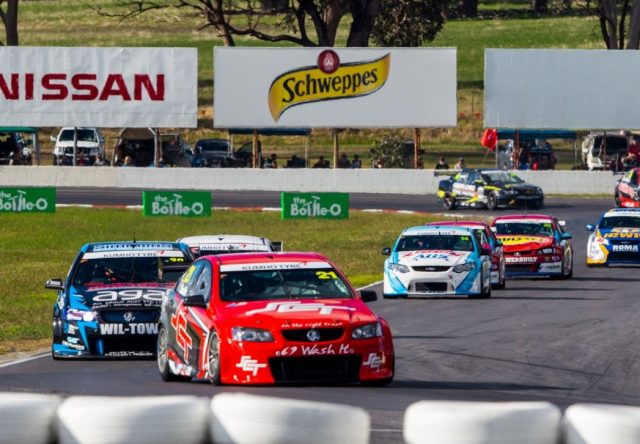 The Brad Jones Racing backed driver headed the field from start to finish, completing a grand slam having claimed pole position and fastest lap as well.

A first lap incident claimed Aaron Seton and David Wright, the pair coming together after Jordan Boys and Wright squabbled over real estate at Turn 2.

In the resultant contact, Seton suffered suspension damage to the left front and became stuck in the gravel at Turn 3.

After the Safety Car had released the field Smith sprinted clear at the front to win from Tyler Greenbury and Jim Pollicina.

Zukanovic proved the fastest man on track in the early stages, and soon joined Ryal Harris and Mason Barbera to make a three-way battle for the lead.

Barbera found himself in the gravel as the trio squabbled, Zukanovic poking the nose of his Ford Falcon up the inside as Harris found himself hung out around the outside.

With Barbera busy trying to rejoin, and Harris inexplicably went into limp mode, Zukanovic moved into an unchallenged lead.

Further back, Kim Jane and Matt Spratt waged war, Jane gaining the upper hand at the final corner of the 12-lap race despite two off-track moments.

Having recovered from the gravel at the exit of the final corner, Barbera took eighth position after picking off a handful of places in the final laps.

Harris made his way back to tenth ahead of tomorrow’s reverse grid Race 2, which will see the lights go out at 0950.