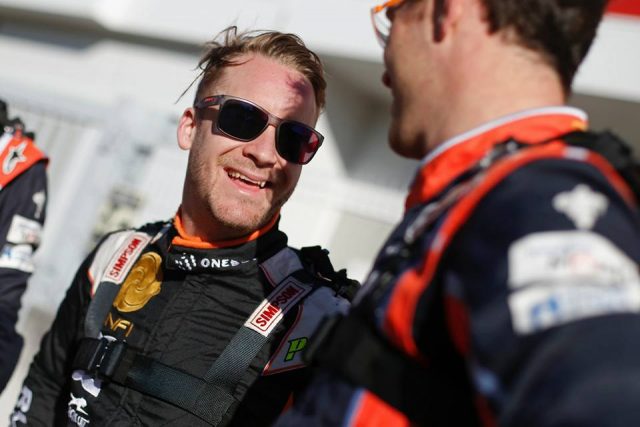 Ostberg and Neuville hold the joint lead in Portugal

Just two seconds covered the fastest 10 cars after the series of head-to-head duels ahead of four days of action.

Ostberg aboard a Ford defeated the Hyundai of Hayden Paddon in their duel; the Kiwi does sits third after the opening stage.

“I saw after one lap that it was very close,” said Ostberg.

“I struggled a little on the second lap and made a few small mistakes which maybe cost a tenth of a second. But I won by a tenth, so I’m happy.”

“It was a great atmosphere to start the rally and I really enjoyed it,” said Neuville.

“I’ve never had particularly good results in this rally so I will be looking for a podium.”

With Paddon in third, Elfyn Evans (Ford) is a further two-tenths behind in fourth. Dani Sordo, who was fastest in this morning’s shakedown, and Sebastien Ogier completed the top six.

The action continues tomorrow when competitors journey up the coast towards the Spanish border for three stages near Viano do Castelo. After service in Matosinhos, the loop is repeated before two runs through a new asphalt street test in Braga. It adds up to 148.32km of competition.

VIDEO: Ostberg speaks after his run