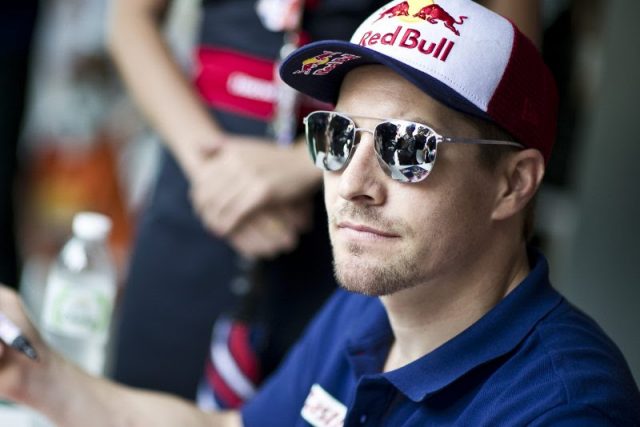 Nicky Hayden has suffered brain damage after being hit by a car while cycling on Wednesday, the hospital at which the motorcyclist is being treated has advised.

The Ospedale Maurizio Bufalini in Cesena, Italy released a short statement updating the condition of the 35-year-old, who now competes for Honda in World Superbikes.

“The young man, who is still in the intensive care unit of Cesena’s Bufalini hospital, has suffered a serious polytrauma with subsequent serious cerebral damage.

Hayden was hit by a car while cycling on the Rimini coast following the weekend’s Italian round of the World Superbikes Championship.

In addition to brain damage, Hayden suffered fractures to a femur and pelvis when he was thrown onto the bonnet and into the windscreen of the car.

Hayden has now been joined in hospital by fiancé Jackie, brother Tommy, and mother Rose, who have flown over from the United States.

VIDEO: Valentino Rossi pays tribute to Hayden ahead of the French Grand Prix