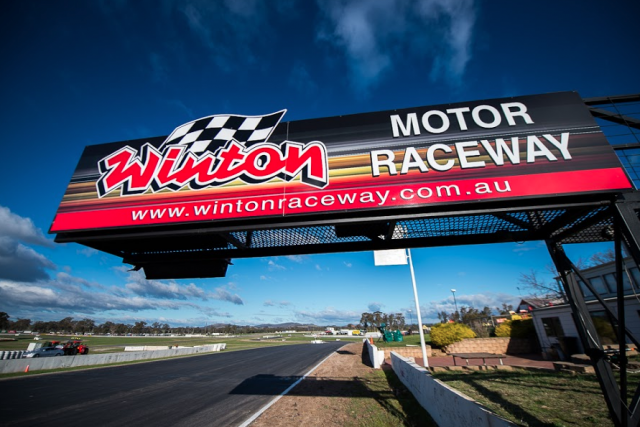 A series of track changes designed to improve Winton Motor Raceway have been completed ahead of Supercars’ visit this weekend.

Concrete aprons have been added to the inside of Turns 1,2 and 7, while the kerb has been extended by five metres at Turn 8.

The changes arrive following recommendations made by Supercars to the circuit to reduce the dirt which accumulates on the racing line from cars that drag their wheels over the grass by going over the kerbs.

The matter was highlighted by drivers during Friday practice last year which resulted in officials being forced to sweep the track, before a tyre bundle was placed at Turn 8.

Alongside the addition of new kerbs, some sections of the track have been repaired with fresh bitumen.

“It has been done so the cars don’t bring rubbish back onto the track by going over the kerbs,” Winton operations manager Wayne Williams told Speedcafe.com.

“Supercars did recommend to do what we have done but we went to CAMS and then did the work.”

“A decent amount of work has been put in,” Dutton told Speedcafe.com.

“It is good to see the circuit spending money to not just keep the track in good condition but upgrade the track.

“It will be interesting because it might make the track even quicker as there is concrete on the side of the kerbs instead of dirt now.”

The new track changes will be tested for the first time by the Supercars field when the Winton Super Sprint begins today with a 30 minute co-driver practice session at 1050 local time.

Next Story VIDEO: Slade and Jones look ahead to Winton