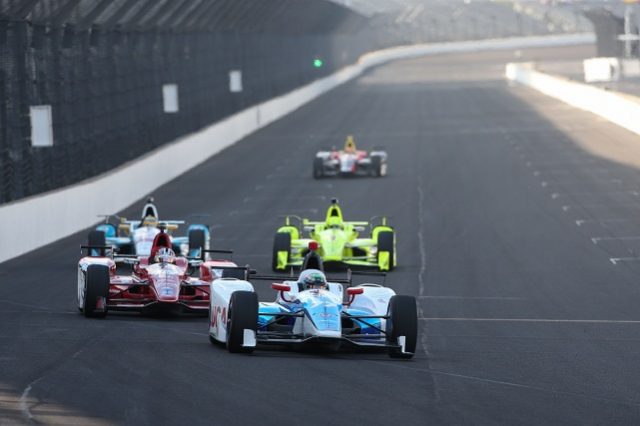 The lap was strongly aided by a tow, the Briton finishing the day 24th in the non-tow rankings.

Ryan Hunter-Reay had been fastest to that point, likewise with his ninth lap, and the Andretti Autosport Honda driver was otherwise unbeaten for the rest of the day. 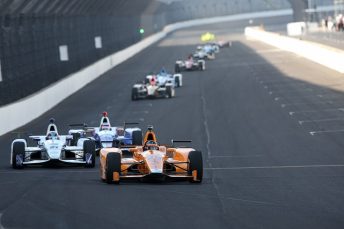 The Spaniard gained significantly more experience running in traffic, but also finished the day ninth on the non-tow rankings.

Takuma Sato bagged those honours in his Andretti Honda and was ninth outright.

His Team Penske Chevrolet team-mate Josef Newgarden was good enough for fifth fastest despite hitting the wall just over an hour into proceedings.

The rear of car #2 stepped out through Turn 1, but Newgarden was able to extricate himself from the car.

“I banged my foot a little bit, so it’s going to be bruised for the next couple of weeks, but I’ll get through that,” he said.

“I just got called into the pits, so I was coming in and I didn’t want to check up too much for the guys behind me and cause a problem.

“It just seemed to get away from me. Until I get to look at everything, I’m not 100 percent sure what caused it. We were having a really good day.”

Next Story VIDEO: Recap of Day 4 of Indy Practice