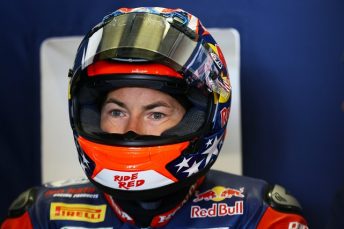 Nicky Hayden remains in a critical condition after suffering brain damage from a cycling accident on Italy’s Rimini coast.

The Bufalini Hospital in Cesena issued a brief update on the Friday morning local time, confirming that 35-year-old’s condition is unchanged following a second night in the intensive care unit.

Hayden, who won the 2006 MotoGP world championship, remains in an induced coma with brain damage after being hit by a car while cycling  on Wednesday.

“The situation is stable,” read the statement.

“The clinical picture remains extremely serious and compared to the previous day there have been no changes.”

The American rider has been competing in the World Superbike Championship this year for the Red Bull-backed factory Honda squad.