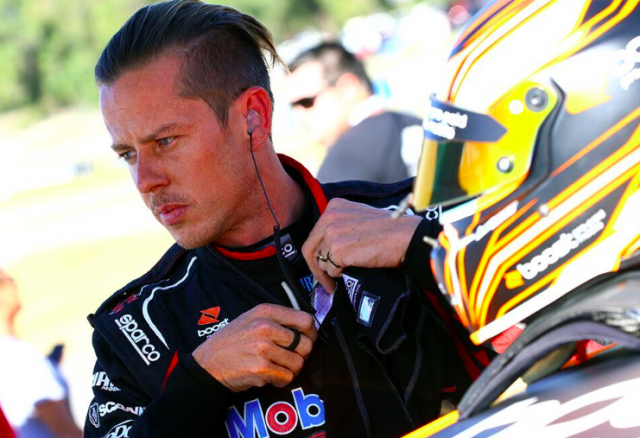 James Courtney expects his friendship with Adrian Burgess to continue following the latter’s axing from the Mobil 1 HSV Racing team.

The 2010 Supercars champion formed a tight bond with the Englishman which stretches back to 2002 when the pair worked together in the British Formula 3 Championship.

Burgess reunited with Courtney after a move to Australia working for Dick Johnson Racing, which yielded a championship triumph.

The pair would collaborate again at the Walkinshaw squad from 2014 when Burgess left Triple Eight for the team principal role, which he held until last week.

Courtney had been particularly vocal of the team’s struggles at the Perth Super Sprint just days prior to the sacking.

However, the Gold Coast-based driver says the decision will not affect their relationship having revealed that the pair met up earlier this week.

“I won’t air our dirty laundry, but Burgess and I have been mates for 18 years. He’s the godfather of my daughter,”  said Courtney in an interview on Fox Sports News.

“Our relationship will get through this. I went and had dinner with him the other night. It’s a business decision, it’s nothing to do with us as mates.

“Ryan (Walkinshaw, team owner) will explain the rest of it, but as for Burgess and I, we’ll press on.”

The team returned to action today at the Winton Super Sprint with interim team principal Mathew Nilsson taking over from Burgess.

Courtney was also issued with a different chassis following an outburst regarding the performance of his previous car at Perth.

The 36-year-old finished sixth fastest in second practice held on a damp but drying circuit.