Alonso to shift focus to qualifying on Day 5 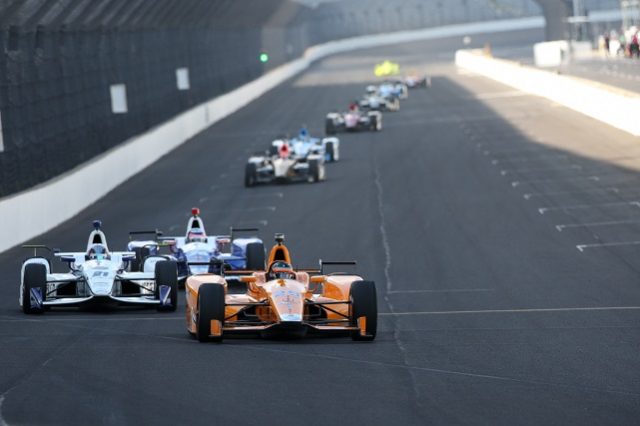 Despite a desire to work on race pace, Fernando Alonso will temporarily focus on qualifying with just one day remaining before the grid starts to fall into place at Indianapolis.

Alonso finished at the pointy end on the fastest day of practice yet, fourth-fastest and within 0.2s of pace-setter Jay Howard’s time.

While the McLaren/Andretti Honda driver has also been able to gain experience running in traffic after mostly circulating alone on the opening day, Alonso says that he would still prefer to learn racecraft.

However, he will concentrate on his pace over four laps on Friday with teams allowed to up their turbo boost from 130kPa to 140kPa in preparation for qualifying. 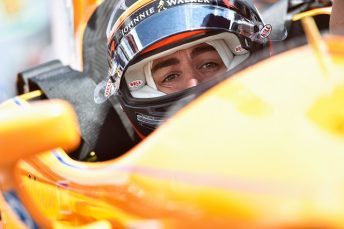 “The car felt quite okay from the very beginning in the morning, but we did improve it during the day, so I’m quite happy,” said Alonso of his Day 4 effort.

“We are working still a lot on the race situation, getting out there with guys and running in traffic.

“Unfortunately, the free practice is ending. I still miss more laps, but we will try to make the most of it tomorrow with more power and try to learn from that.”

The two-time Formula 1 world champion has come under the tutelage of 2003 Indianapolis 500 winner Gil de Ferran, who is Alonso’s driver coach for the Brickyard classic.

De Ferran has left Alonso under no illusions about the task he will face in qualifying, during which pole position speeds can exceed 230mph (368km/h).

“Gil de Ferran, my coach, told me that the four laps in qualifying will be the most horrible laps you’ve ever done because the car is very on the limit,” said Alonso.

“But I will have a first touch tomorrow on Fast Friday and then we will see on Saturday.”

Practice 5 will be run over six hours from Saturday at 0200 AEST.

Next Story Bourdais fastest on eve of Indy 500 qualifying