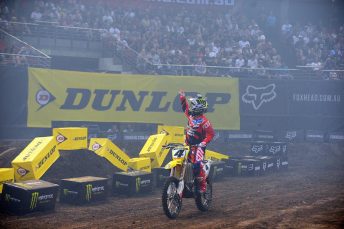 The American raced at the inaugural AUS-X Open in 2015.

“I’m beyond excited to return down under for the AUS-X Open in 2017!” said Carmichael.

“When I came down for the 2015 event, I didn’t quite know what to expect initially, however during and after the event I was absolutely blown away by how much fun it was.

“Returning in 2017 was a very easy decision – I love Australia, the fans are amazing, plus with the addition of Chad and Jason, I’m just as excited as a fan to see this battle unfold.”