Nicky Hayden hospitalised after being hit by car

Nicky Hayden hospitalised after being hit by car 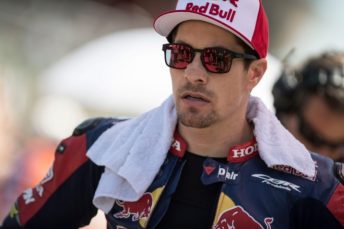 Nicky Hayden has been hospitalised after being hit by a car and incurring head and chest trauma while cycling in Italy.

Hayden was training on the Rimini coast after the weekend’s Italian round of the World Superbikes Championship when he was struck.

According to Italian news website Rimini Today, Hayden was thrown onto the bonnet and hit the windscreen of the car.

His head and chest trauma is reportedly “severe.”

The 2006 MotoGP world champion was conveyed to a local hospital but has since been transferred to a hospital in nearby Cesena for possible surgery.

.. all we can confirm is that Nicky was involved in an incident while cycling & has been transferred to a hospital near Rimini for treatment