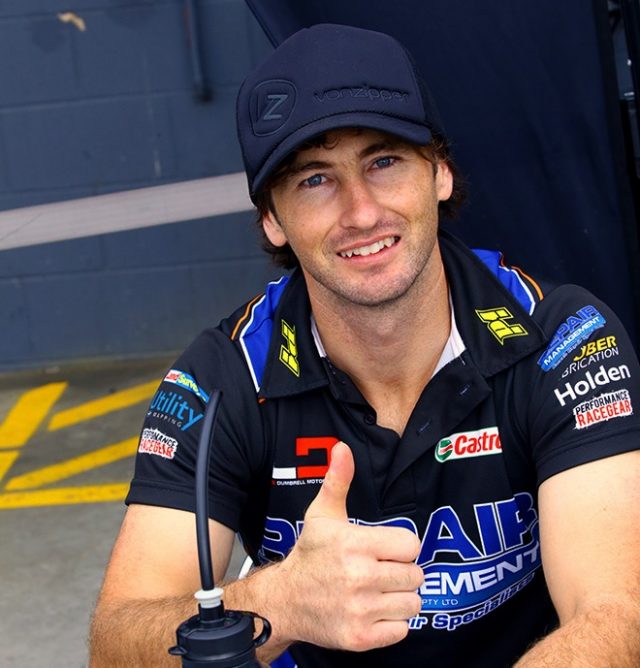 Taz Douglas has answered a last minute call up to drive the second Lucas Dumbrell Motorsport entry at this weekend’s Winton Super Sprint.

Douglas has been driving the #3 Commodore on a round-by-round basis up until the last meeting at Perth, where he was unavailable to attend due to prior commitments.

As a result, open wheel driver Matthew Brabham made a shock Supercars debut at Barbagallo Raceway.

The team has been working to find a full-time driver for the #3 Commodore after its preferred choice Matt Chahda was blocked from taking up the drive by CAMS earlier this year.

Chahda was announced as the team’s second driver but failed to qualify for a Superlicence required to compete in the category.

Douglas last drove at the Winton event in the Kumho V8 Touring Car Series last year, where he swept the round.

“I’m really looking forward to what this weekend will bring, It’s been a while since I’ve driven at Winton,” said Douglas.

“I’m going to give it my best effort, I have full support from Phil (Munday, sponsor), Lucas (Dumbrell) and the team.”

Repair Management Australia will continue to back the car this weekend.

Douglas will jump behind the wheel of the car in Practice 1 from 1235 local time.

Next Story Rain to level Supercars playing field at Winton