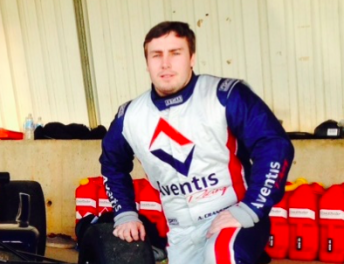 An Australian club racer has been arrested over an alleged role in fraud syndicate which police claim stole more than a $100 million.

Adam Cranston, who regularly competes in the Sports Racers Series, now known as the Australian Prototype Series, was arrested in Sydney along with eight other people linked to the crime.

The New South Welshman, who competed in this year’s Liqui-Moly Bathurst 12 Hour, is expected to face court today.

A Daily Telegraph report claims Cranston, son of the Australian Tax Office deputy commissioner Michael Cranston, was a ‘co-conspirator’ in a scam to fund real estate and a celebrity lifestyle including his racing team.

It is alleged the fraud utilised a payroll company which would process payments through another company, paying the ATO a fraction of the income tax required.

Next Story SUPPORTS: Hansford on top in TCM at soggy Winton

Previous Story Field of 14 set for V8 Utes Winton round