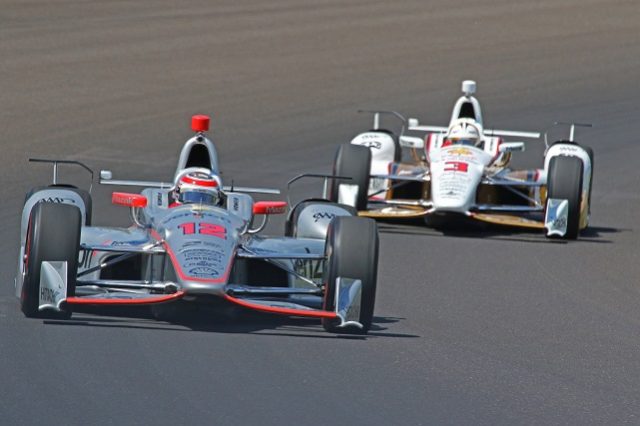 Will Power and Helio Castroneves

Will Power has clocked the fastest lap in Practice 2 for the Indianapolis 500 on a day when Fernando Alonso finished 24th quickest.

The effort was slower than Marco Andretti’s Practice 1 benchmark (39.7636s) during a windy day at the Indianapolis Motor Speedway.

Helio Castroneves went to second place in the final hour, finishing the day less than 0.1s adrift of his team-mate, while Gabby Chaves took his Harding Racing Chevrolet to third in the last 10 minutes of the six-hour session.

Ed Carpenter was credited with the fastest non-tow lap of 40.3874s in his Ed Carpenter Racing Chevrolet.

Alonso finished the day 24th fastest in the McLaren/Andretti Autosport Honda but gained his first genuine experience running in traffic as he completed a session-high 117 laps.

The day ran largely incident-free, though Mikhail Aleshin did lightly touch the Turn 2 wall late in the piece in his Schmidt Peterson Honda.