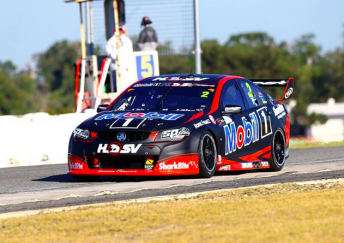 Mark Skaife has lent his support to the interim management structure which Walkinshaw Racing has adopted in the wake of the Adrian Burgess termination.

With Burgess’ former role as Managing Director vacated, Mathew Nilsson has been given the responsibility of Acting General Manager of Motorsport, having been the organisation’s Business Development Manager.

In a further change, Rob Starr will now move into the role of Team Strategist, while Anthony McDonald will remain as Team Manager.

Alex Somerset and Terry Kerr continue to be engineers to Scott Pye and James Courtney, respectively.

Skaife, who owned the team under its former guise as the Holden Racing Team from 2003 to 2008, said on Fox Sports’ Inside Supercars program that the appointments are wise choices in light of the turmoil at the former powerhouse squad.

“Anthony McDonald’s staying as the Team Manager (and) I think the relationship between Rob Starr and Mat Nilsson is a good one; they’ve worked together before.

“For me they’re both guys that are very, very loyal to what was the old Holden Racing team and they’ll be guys that can lead it in a very calm and measured way and that’s a smart thing to do at the moment.”

Skaife also agreed that a shake-up was required at the team now known as Mobil 1 HSV Racing after reaching a nadir at Barbagallo which star driver James Courtney described as “embarrassing.”

“These are hard decisions, they’re tough ones to make at any stage and Adrian’s been a big part of that operation over the last few years,” opined Skaife.

“I think at the end of the day there needed to be change, now what you actually do in terms of trying to sort out car speed versus administration versus leadership versus the structure is very, very difficult.”

The Kiwi, who won Bathurst for the Holden Racing Team in 1996, believes a lack of stability had hamstrung the team in recent times and expressed scepticism that the latest changes would lead to a turnaround.

“Probably one of the issues they’ve had there over the last couple of years is that there’s been a lot of changes internally; different structures, different engineers moving around the place,” said Murphy.

“You’ve got to have that consistency and you’ve got to find the right people in the right place, and it doesn’t look like at this point they’ve still managed to do that.”

The team’s first test under its new leadership will be at this weekend’s Winton Super Sprint.