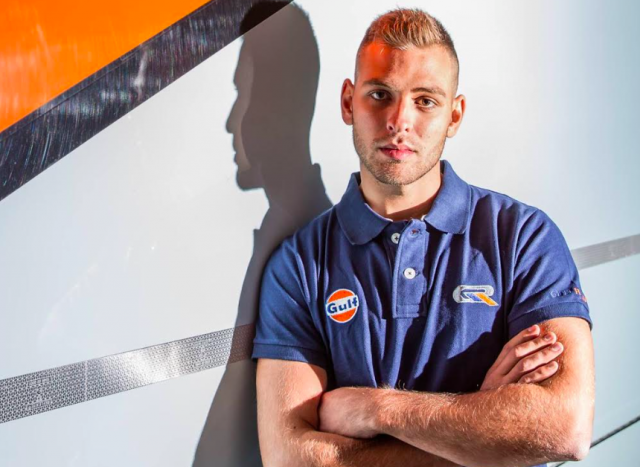 The rising Australian star, who lifted the 2015 Carrera Cup title, is set to partner series newcomer Graham Williams at the Victorian circuit from May 26-28.

Since winning the crown in Australia, Foster contested Carrera Cup Germany last year before graduating to the FIA World Endurance Championship this season.

The 25-year-old has been piloting a Gulf Racing Porsche 911 RSR in the series with former Carrera Cup Australia driver Ben Barker and team principal Mike Wainwright.

Foster is eagerly anticipating a race on home soil alongside the challenge of guiding rookie Williams.

“I’m really looking forward to coming back and, in particular, to drive with Graham,” said Foster.

“Getting him into Carrera Cup has been a plan we set in motion a long time ago and he’s come a very long way from being a Porsche Centre Victoria ‘casual competitive’ club member to racing in Carrera Cup.

“It’s a massive learning curve for him to be driving at the pointy-end of such a competitive class but the plan is to keep our noses clean, have some fun and keep the learning process going over the course of the weekend.

“Racing full-time in Porsche Carrera Cup Australia is an enormous part of my career and I can’t wait to come back and catch up with everyone again.

“Last time I raced in the championship there was a lot of pressure as I was fighting for the championship so this will be a nice change to go and really enjoy it, work with Graham and have a great weekend.”

Williams, who made his Carrera Cup debut at Albert Park in March, is keen to hone his skills under the guidance of Foster.

“My goal is to continue to improve and get closer to the other guys,” Williams explained.

“This is the first in what is a five year plan for me – I see it as a long term relationship and commitment. I’m looking forward to the new car coming next year and I’m treating this year as a run-up and preparation for that.

“I know Phillip Island very well, being a Victorian, and Nick and I have done a lot of driving together on test days and I’ve learned a lot from him.

“It’s all about his ability to work with me, and our personalities gel, so that makes it pretty special.”

Porsche Carrera Cup Australia will hold a one-hour, two-driver race on both Saturday and Sunday of the Phillip Island Pro-Am event.