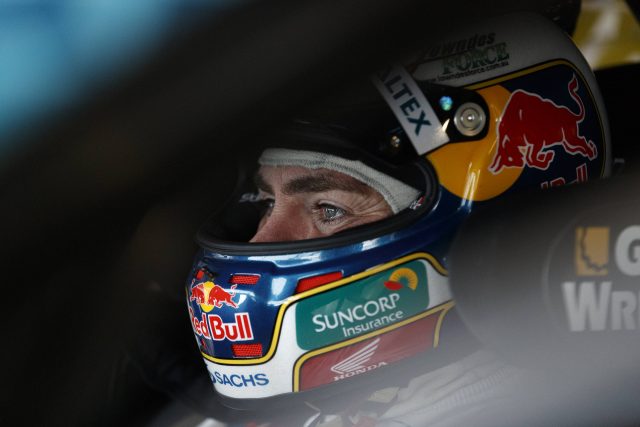 The opportunity to play a role in the development of the Gen2 Holden Commodore was among the key factors in Craig Lowndes’ desire to extend his stay at Triple Eight.

The Supercars fan favourite has inked a new two-year deal at the Queensland outfit prolonging the three-time series champion’s tenure until at least the end of 2019.

Lowndes had stated prior to the new agreement that the ability to remain competitive and his continued enjoyment of racing were variables in his decision to pursue a new contract.

However, the prospect of being involved in Supercars’ transition to the Gen2 era has provided an extra incentive.

The new Commodore Supercar will be the first developed from a European built production sedan.

Having seen the sport enter several eras during his career, Lowndes is particularly excited to be involved in the category’s next step.

Development of the new car has been kept under wraps but he says the team is making progress with its first prototype chassis at the Banyo workshop.

“I think it is an exciting time for the sport to have such a big change,” Lowndes told Speedcafe.com.

“One of the biggest ones was going to Car of the Future and now we’re completely changing that up again.

“I think any time us as drivers have got anything new to play with, it always makes it more exciting, so I’m excited about next year.

“We’ve sort of been kept a little bit in the dark (on the development) but there is a chassis at the workshop with a dummy engine.

“Obviously there’s a lot of installation that needs to go on for the new engine, with the turbos, intercoolers and radiators and all sorts of things now that have got to be re-designed to make it all fit, it’s slowly coming along.

“Even though everything underneath the car is the same, it definitely doesn’t operate the same, so that’s going to be a big challenge for us to get the car ready for next year.

“I think that there’s no doubt that like what Triple Eight have done all the time is make sure that it’s bulletproof and reliable before we start off at Adelaide.”

While he admits it is difficult to predict the future, Lowndes is open, at this stage, to extending his Supercars career beyond 2019 if certain personal criteria is met.

“Anything’s possible, I think it’s hard to say at this point at the moment because obviously two years is a long time in the sense of driving,” he added.

“If I still feel the same way as I do right now, there might be an opportunity but there’s definitely a lot of water to go under the bridge between now and then.

“The two things that I enjoy are obviously the competition and the enjoyment of travelling and racing and being away and all that, but at the same token the biggest part is being competitive.

“If you’re not competitive, well I don’t just want to make up another seat, there’s obviously time for someone else to come in the seat and hopefully prove their worth.”

Lying eighth in the championship standings, Lowndes will continue his Supercars campaign at this weekend’s Winton Super Sprint. 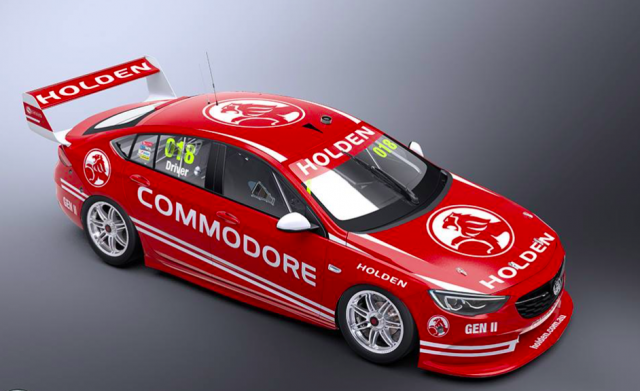 A render of what the new Gen2 Holden Commodore Supercar could look like pic: SSMedia