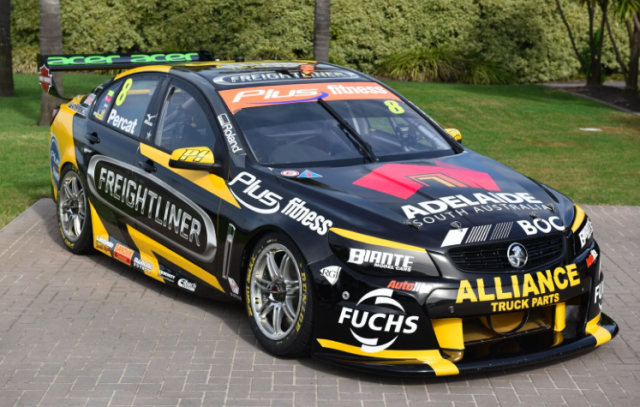 The truck manufacturer will double its support this weekend by backing Percat’s #8 Commodore in addition to its primary sponsorship agreement on the sister #14 entry driven by Tim Slade.

Percat’s car, which has run a rolling livery program this year, will sport an eye catching black and yellow colour scheme, featuring Freghtliner branding on the flanks of the Holden.

Alliance Truck Parts, Fuchs and Plus Fitness are also displayed on the car.

Percat heads to Winton lying 22nd in the standings having scored two top 10 finishes from the eight races this season.

“It would be a dream to get both of the Freightliner Racing Commodores on the podium this weekend. I know the team and I will be doing all we can to get up the front.

“After the success Tim Slade had last year the guys and girls at Freightliner Racing are really excited to go back to their home track of Winton; as am I.

“The BJR cars have had some good results here in recent years and it would be good to continue that trend, especially after the run we’ve had so far this year.

“The Freightliner Racing Commodore looks awesome. It’s a different contrast to the matte black cars in the field and the pops of yellow and chrome will really make it stand out on track.”

The car will make its first appearance in Friday’s additional driver practice session with Macauley Jones at the wheel at 1050 local time. 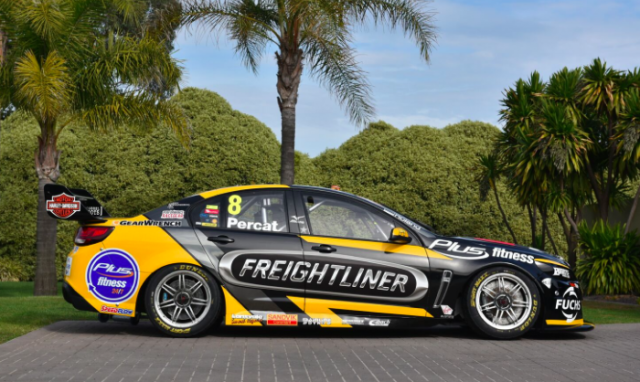 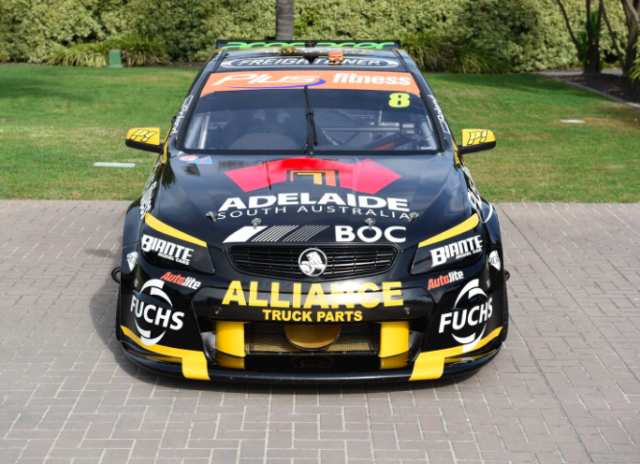