Experienced sportscar ace John Martin has been recalled by Walkinshaw Racing to contest the Australian Endurance Championship alongside Liam Talbot.

The 32-year-old Queenslander is a familiar face at Walkinshaw having piloted the team’s Porsche 911 GT3R during the Australian GT Championship last year. 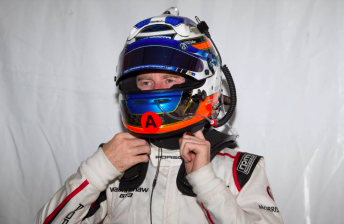 Martin, who has enjoyed success in the FIA World Endurance Championship, teamed up with co-driver Talbot in the car for the Australian GT season finale at Highlands Park in New Zealand last year.

Martin finished fifth in the Australian Endurance Championship standings last year, which was highlighted by second place finishes at Sydney Motorsport Park and the Hampton Downs 101.

“It’s nice to be able to put something together for the AEC and to be back in the Porsche with Walkinshaw after all the homework and hard work we did last year is great,” said Martin.

“Hopefully we can pick up where we left off last year and get some results.

“If you have a look at last year, realistically we only started two rounds.

“We had pole and a second at Sydney Motorsport Park, and finishing up on the podium at Hampton Downs left us second in the championship coming into the last round.

“The only reason I go racing is to get pole, get fastest lap of the race and then win the race. The Porsche is a great package in long distance races. It’s proved itself time and time again.”

The Walkinshaw squad heads into the AEC season opener at Phillip Island (May 26-28) in good form, with Talbot leading the Australian GT Championship following a round victory at Perth’s Barbagallo Raceway.

Talbot is looking forward reuniting with Martin for the four-round AEC campaign.

“He (John) is a known talent, and we have seen first-hand how potent he can be behind the wheel and how far he can progress the setup of the car,” said Talbot.

“I’ve still got a lot to learn in motorsport, so to have a guy of his talent and experience is only going to help me as well.

“Motorsport is about momentum, and I feel at the moment my driving is at a good level.

“With the setup of the car and the team it’s all working well. I can’t wait to get to endurance component started and progress it to the high level we have set in the sprint rounds.”