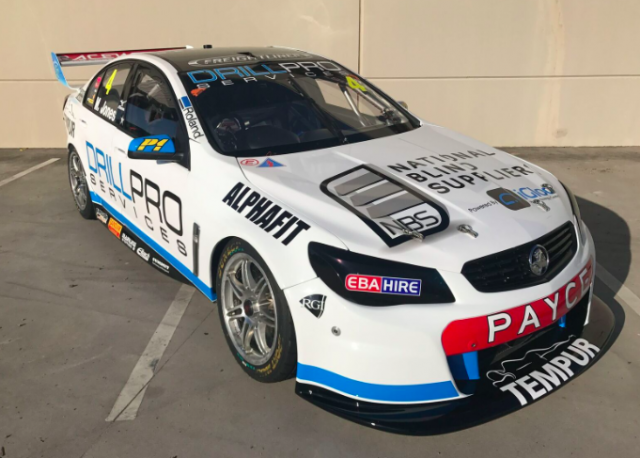 The covers have come off Macauley Jones’ Supercars wildcard entry at this weekend’s Winton Super Sprint.

The Dunlop Super2 regular will make his first solo start in Supercars behind the wheel of a new look Brad Jones Racing Commodore, backed by drill rig, parts, hire and training company DrillPro.

Jones will pilot the striking white and blue #4 Holden at Winton as well as a second Supercars wildcard outing at Darwin (June 16-18).

The livery will remain on the car for the next round of the Dunlop Super2 Series at Townsville in July.

Jones stepped up his preparations for his main game outing with a test at the Victorian circuit last week, which saw him trial the new Dunlop tyres for the first time.

“I’ve thought a lot about this event,” said Jones.

“It’s one of those weekends where I’m going to have to drive the best as I can. I have no doubt I will learn a lot that will help me move forward in the future.

“I know I need to step up with these main series drivers. These guys really are on a level up from Super2, I’m excited to get out there and learn from racing and working alongside the other BJR drivers – (Tim) Slade, (Nick) Percat and (Tim) Blanchard.

“The test on Monday (May 8) at Winton was really interesting for me.

“It was my first run in the car with the new Dunlop Super Soft tyres.

“I was a big fan of them; it was great to have a go at these new tyres and feel really confident about the tyre grip underneath you.” 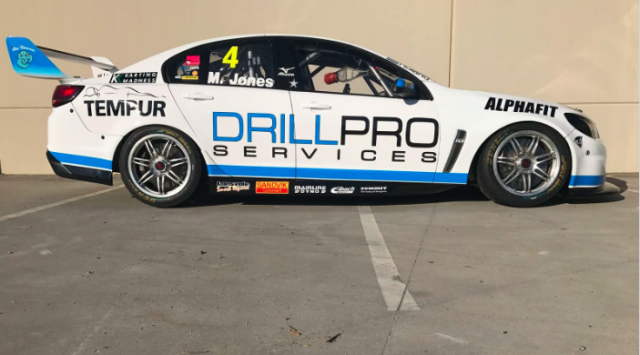