A distraught young Ferrari Formula 1 fan turned into the unlikely star of the Spanish Grand Prix.

Kimi Raikkonen fanatic Thomas Danel was captured by television cameras in tears after his hero crashed out of the race on the opening lap.

The matter was brought to Ferrari’s attention which resulted in the team tracking down the boy and his French family, before welcoming them into the team’s motorhome to meet Raikkonen.

The young boy had his photo taken with the 2007 champion, who presented the fan with a Ferrari team cap.

Ferrari’s unusual gesture, which sparked a wave of posts on social media, arrives amid a drive to improve fan engagement at race weekends. 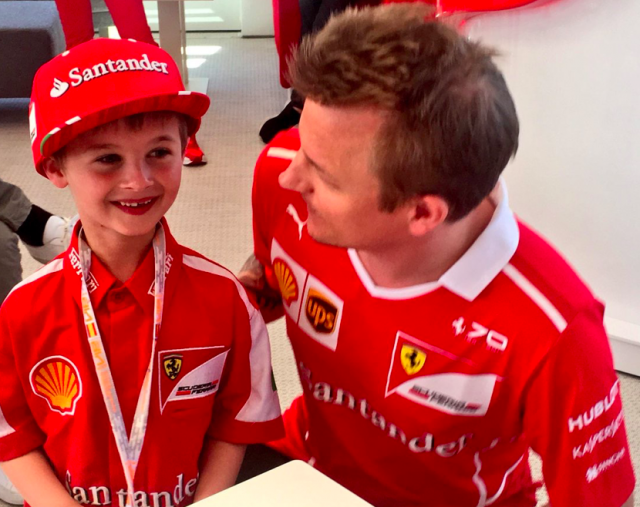 The young fan was then offered a chance to meet Kimi Raikkonen pic: Ferrari Twitter