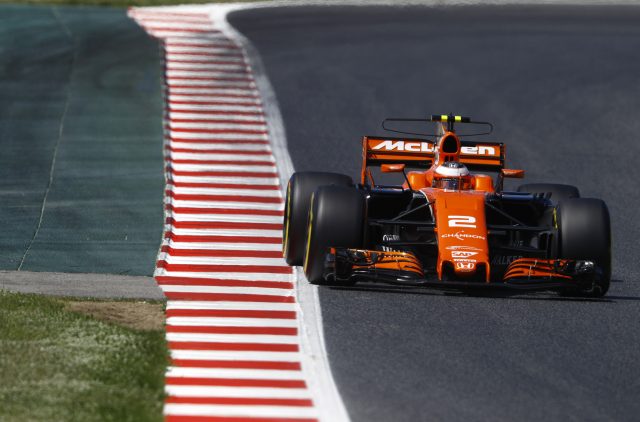 Stoffel Vandoorne has been issued with a three-place grid drop for the Monaco Grand Prix following his clash with Felipe Massa at Barcelona.

The McLaren driver turned in on the Williams of Massa at Turn 1 while defending from the Brazilian on lap 33.

As a result the pair banged wheels with Vandoorne coming off worse with broken steering, which saw the Belgian retire from the race.

The incident saw officials deploy the Virtual Safety Car to remove the McLaren from the gravel trap.

Stewards deemed the McLaren driver was at fault which resulted in a three-place grid drop and two penalty points.

Vandoorne had suffered a 10-place grid drop before the start of the race following a Honda engine change.

Force India were however summoned to the stewards regarding the placement of the numbers on their cars.