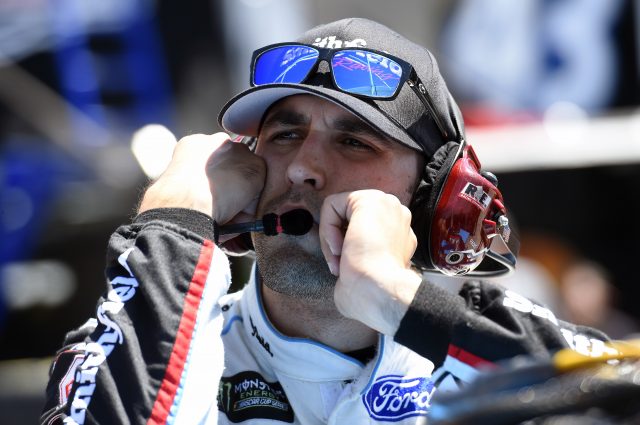 Almirola’s Richard Petty Motorsports Ford ploughed into Patrick and Logano’s cars just after they had tangled and then burst into flames on lap 200 of the 267-lap event.

A statement from the Petty team on Sunday said Almirola had already been released from hospital.

“Aric Almirola has been released from a local Kansas hospital and will fly back to his home in Mooresville, NC today,” it read.

“Almirola suffered a compression fracture to his T5 Vertebra.

“Almirola is mobile and will follow-up with his doctors in Charlotte.”

The initial crash was caused by a right-front brake rotor breaking on Logano’s Penske Ford and sending him into Patrick’s Stewart-Haas car.

The race was red-flagged for nearly half an hour while track safety workers cut the roof off of the Petty Ford, removed Almirola from the car and placed him on a backboard and stretcher.

He was complaining of back pain and was immediately airlifted to the University of Kansas Medical Centre for observation and the full diagnosis announced on Sunday.