Power on pole for Grand Prix of Indianapolis 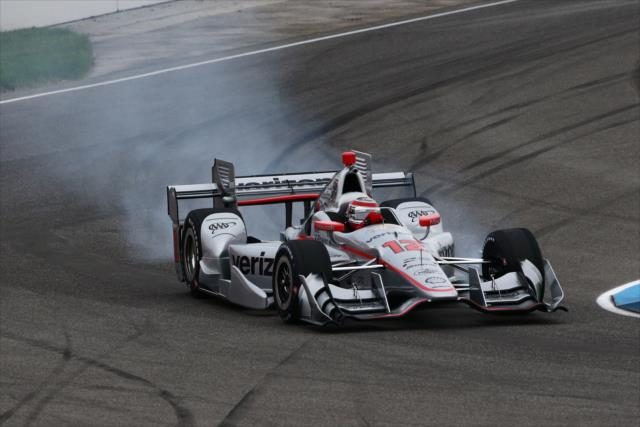 Will Power has broken the track record on his way to pole for the Grand Prix of Indianapolis.

In another dominant qualification for the Team Penske Chevrolets, Power will share the front row with team-mate Helio Castroneves, while Josef Newgarden starts just behind in third.

Power unofficially broke the track record when he was the only man to lap in the 1:07s bracket during practice, before going faster again in the Fast 6 with a 1:07.7044s.

“(It’s) fantastic for the Verizon 12 car to be on pole here,” said the Toowoomba man, who has not won in seven races.

“We’re going to score a win here sometime, we can’t keep knocking on the door and not, so very determined to have a good day tomorrow.”

The pole is Team Penske’s 250th in IndyCar.

Like Power, Castroneves and Newgarden set their laps at the start of the Fast 6.

Juan Pablo Montoya made it all the way to the final part of qualifying in his first race weekend of the year.

The Colombian had Team Penske provisionally locking out the first two rows of the grid before Scott Dixon went fourth fastest in his Chip Ganassi Honda.

Montoya will instead start from fifth, alongside Dale Coyne Racing’s Sebastien Bourdais (Honda).

Championship leader and 2016 Grand Prix of Indianapolis winner Simon Pagenaud was the only Penske driver to miss the Fast 6, bumped by Bourdais late in Segment 2 of qualifying.

The 85-lap Grand Prix of Indianapolis starts tomorrow at 0540 AEST.